While the world is struggling against the COVID-19 pandemic and the measures are being taken to fight against the deadly virus, few horrific stories have started emerging from Bihar.

The rape of a female patient, suspected of corona  in the isolation ward of a hospital in Gaya, has forced her to think that there is anything left in the name of humanity. She has died due to the torture and a ward boy has been arrested in this case.

According to the family, the woman was admitted to Gaya’s Anugrah Narayan Magadh Medical College and Hospital (ANMMCH). It is alleged that a health worker raped the woman for two consecutive days here. When the pregnant woman was discharged from the hospital and reached home, she suffered severe bleeding and died due to this.

Since the time Nitish government has come to the power, there had been tall claims of its law and order model, but the recent incident of Gaya has shocked the entire humanity. 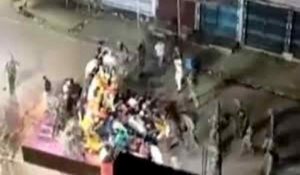