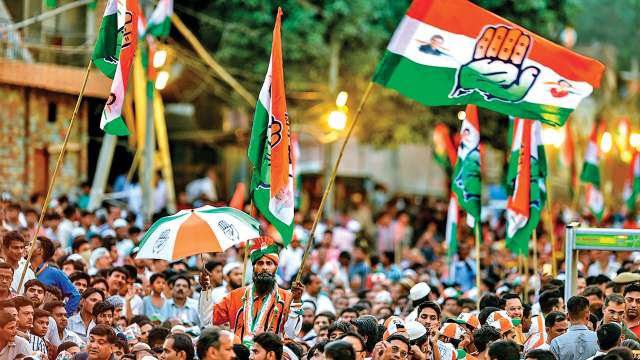 A head of the Assembly elections in Haryana, the cash-strapped Congress party is looking for unique ways to fill its coffers and ensure that individuals with “serious” and “good character” apply.

The application form that has been put out specifically mentions that aspirants will have to declare if they are teetotallers and if they wear Khadi.

The form, which was tweeted by the Haryana Congress chief Sheilja Kumari, had ten commandments listed in the ‘ghoshna patra’.

Congress has sent out a message that the party is hunting for candidates who are committed to the “Gandhian way of life” and gel with the party’s ideology.

Congress also states that the applicants should “believe in secular values” and have “never discriminated on the basis of caste or religion”.

With little time left, the party is hoping that the initial requirements will encourage only serious aspirants to apply.

If someone is aspiring to contest from Haryana on a Congress ticket, they will have to shell out Rs 5,000 in case he/she belongs to the General category.

Aspirants who belong to the Scheduled Caste or are women, get a waiver of Rs 3,000 and thus, need to pay Rs 2000 to apply.

Adding to that, the applicants will have to pay Rs 25 for the application form.

With the Bharatiya Janata Party (BJP) starting its campaign on a high note, the Congress is aware that it will need all the resources it can gather to match the glitter and glamour of the saffron party.

The Congress faced a complete rout in 2019 Lok Sabha elections in Haryana with its heavyweights biting the dust.

In the 2014 Haryana Assembly elections, the Congress won only 15 seats with the BJP cruising to a majority at 47.