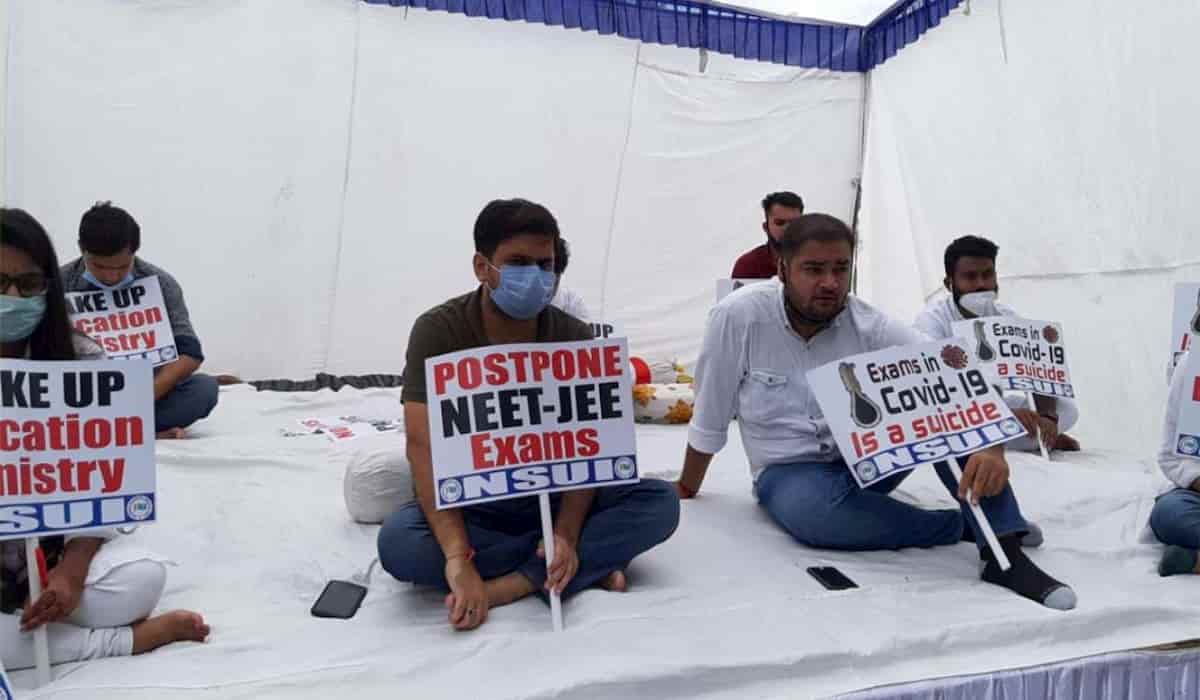 An online campaign is also being run against the NEET – JEE exam. A nationwide online campaign #SpeakUpForStudentSaftey has been launched by the Congress on social media today i.e. on the 28th.

Former Congress president Rahul Gandhi has tweeted and appealed to ‘connect your voice with millions of troubled students. #SpeakUpForStudentSafety from 10am today. Come on, ask the government to listen to the students. ‘

Congress youth organizations have come out on the road and NSUI is going to sit on hunger strike from 11:00 am. At the same time, Youth Congress is also protesting in different parts of the country.