Comedian Kapil Sharma confirms he’s expecting first child with wife: ‘We are just praying for Ginni and the baby’s health’

Comedian Kapil Sharma confirms he’s expecting first child with wife: ‘We are just praying for Ginni and the baby’s health’ 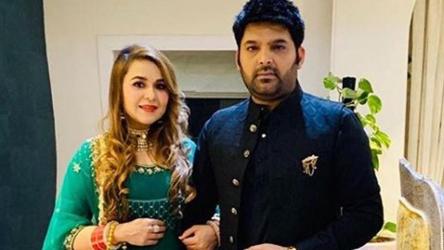 Actor comedian Kapil Sharma has confirmed that he and wife Ginni Chatrath are expecting their first child. Talking about welcoming a new family member, he told Mumbai Mirror. “I just want to take care of my wife and be by her side for now. We are obviously very excited as it’s our first kid but my mother is the most excited. She has been waiting for this moment for years now. We are just praying for Ginni and the baby’s health. “

He added, “There is no prep because we don’t know if it would be a boy or girl. It’s a happy time for the family and everybody is looking forward to welcome the new member. I am dubbing for a film for children. So, once the baby grows up, it will pay off.”

Talking about his wife, he had earlier told Hindustan Times, “Yes. Even when I met her for the first time in college, I saw that her comic timing on stage was very good. She is my critic. She is also my biggest fan and laughs on almost all my jokes.”

Kapil, who has dubbed for the hot-headed bird, Red, in the Hindi version of upcoming Angry Birds 2, and he has claimed he has even added improvisations to his character while dubbing for it. Kapil said, “The producers (Sony Pictures Entertainment India) expected me to scale up the humour and I have but it’s very situational. In fact, there are times when the character’s anger will make people laugh.”