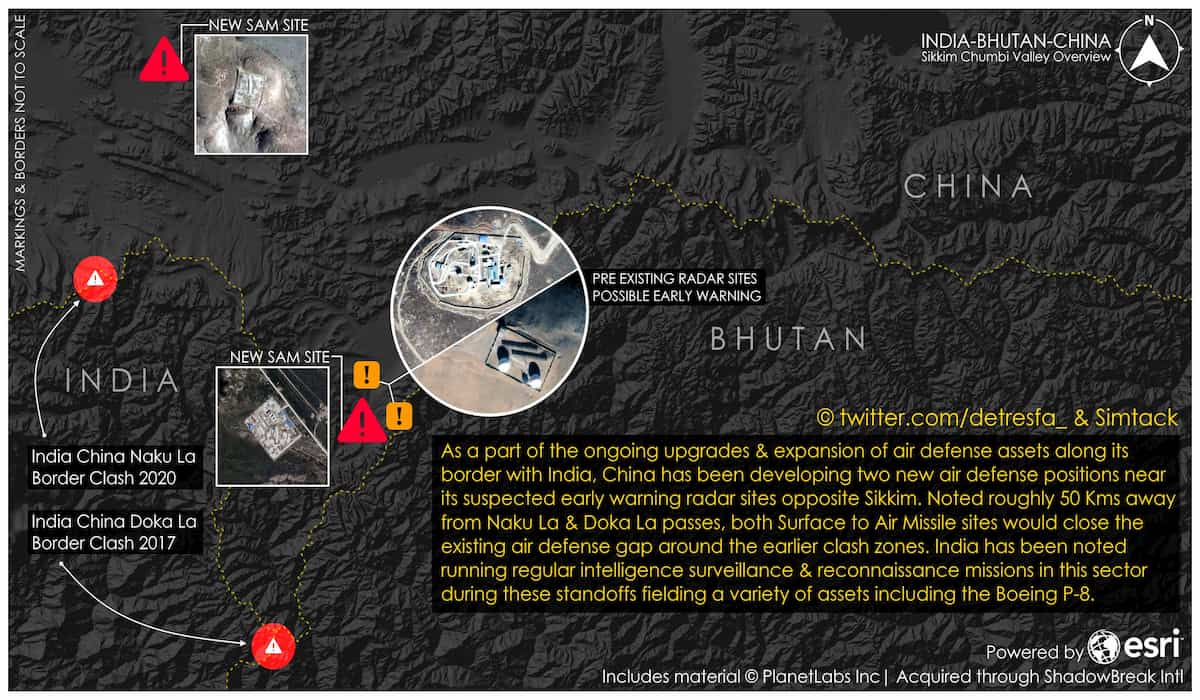 There is continuing tension between India and China over LAC. Meanwhile, a Chinese act has been revealed. The new satellite image revealed that China is building missile sites in Doklam and Naku La. One area in which Indian and Chinese soldiers clashed in May.

The new satellite image was shared by an open source intelligence analyst with his Twitter handle @detresfa_. There are two sites on which the People’s Liberation Army is building a surface-to-air missile site.

China is constantly manipulating activities near disputed sites like Doklam and Naku La. It is clear from the picture released on Twitter that China is improving the defense system near disputed places.

India is also constantly monitoring China’s activities, in the midst of conflict on the border, India has deployed fighter aircraft like Boeing P-8 here. It is believed that by doing such construction work, China wants to pressure India.

According to the new satellite photos, the missile site is about 50 kilometers from Doka La and is near the plateau of Doklam, where in 2017 there was a standoff between India and China for more than 70 days.

However there have been violent clashes between the soldiers of China and India. This was accompanied by a violent skirmish between India China troops in Naku La Jahan recently. In which the soldiers on both sides were injured.