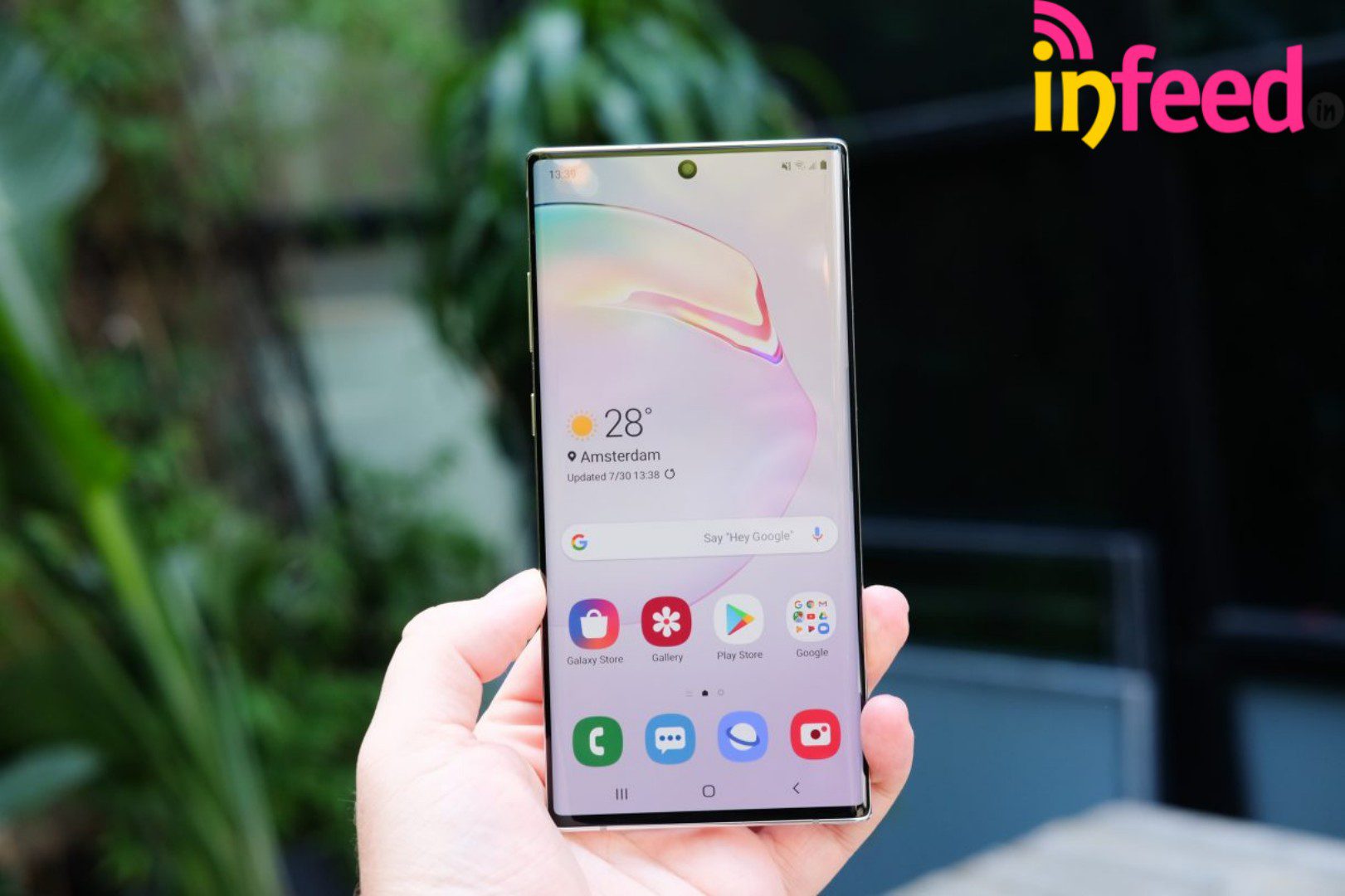 Samung Galaxy Note 10 and Note 10+ have been launched in India. These are Samsung’s newest flagship smartphones that will succeed last year’s Galaxy Note 9. Samsung announced the Note 10 series at the Samsung Opera House in Bengaluru. The Note 10 and Note 10+ come with updated designs with Infinity-O displays and ultrasonic in-display fingerprint sensor. They also come with more cameras and upgraded Exynos 9825 chipset compared to the Note 9.

Galaxy Note 10 price in India has been set at Rs 69,999, which is around the same figure as the Note 9 last year. The Note 10 comes in a single variant that offers 8GB of RAM and 256GB of internal storage. It will be available in three colours Aura Glow, Aura Red and Aura Black.

The Galaxy Note 10 series is up for pre-booking until August 22. Customers can pre-book the Note 10 via retail outlets across India and through online channels like Samsung.com/in, Flipkart, Amazon, Paytm and Tata CLiQ. The Galaxy Note 10 and Note 10+ will go on sale starting August 23.

Pre-booking customers can also get the Galaxy Watch Active at Rs 9,999 or the Galaxy Buds at just Rs 4,999. Samsung will also give free access to YouTube Premium for six months for Note 10 buyers.

This is the first time Samsung has launched two models of a Note flagship. The Note 10 comes in two sizes, one with a 6.3-inch Dynamic AMOLED display and the other with a 6.8-inch screen. Both phones feature Infinity-O displays with the hole placed on the top centre of the screen. The Note 10 offers a FHD+ (2280X1080) resolution with 401ppi, while the Note 10+ gets a QHD+ (3040×1440) resolution with 498ppi. Both the phones come with HDR10+ certification. The Note 10 duo get dual-curved edge screens and are protected by Gorilla Glass 6 on the front and back. 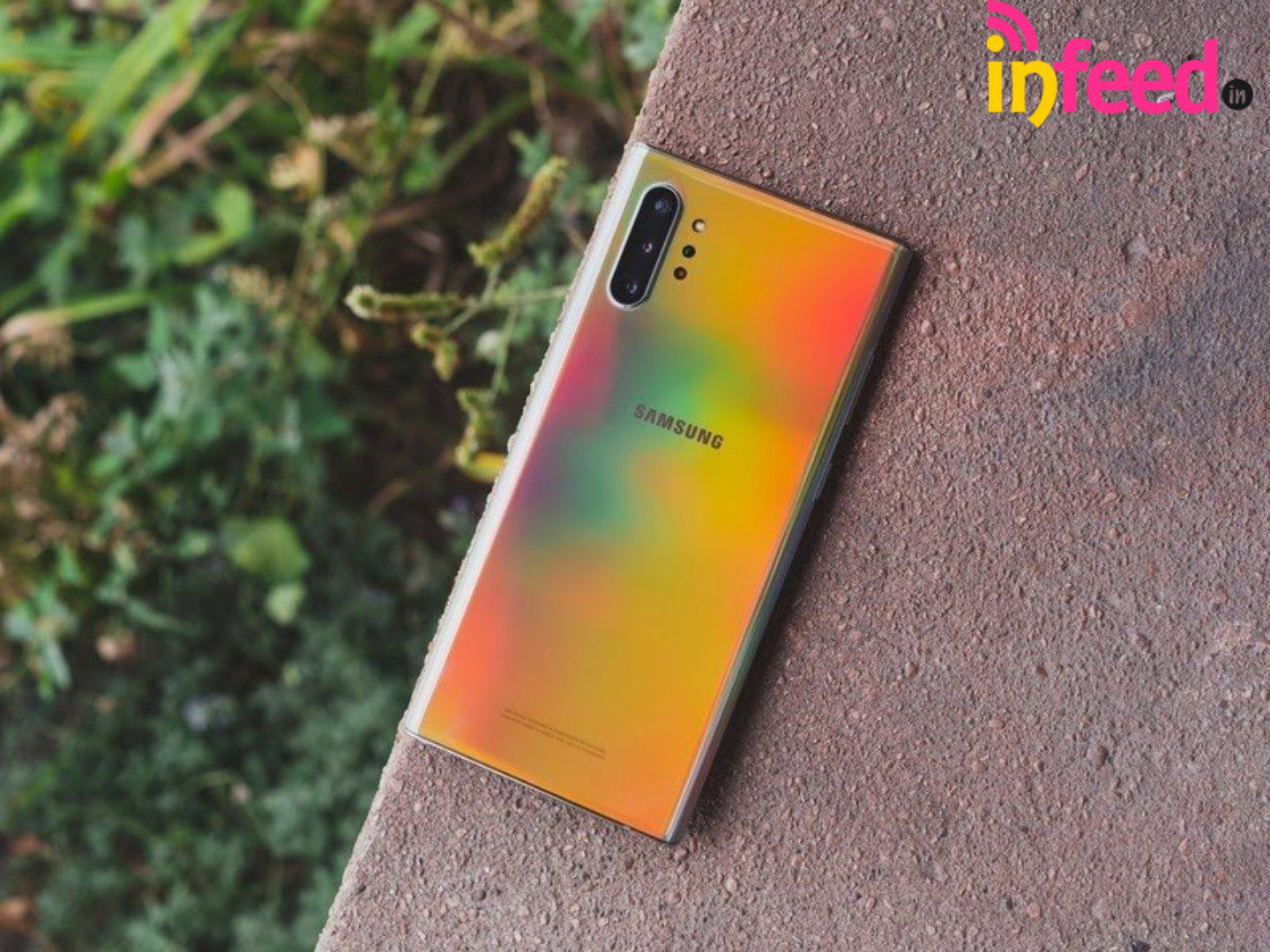 The Note 10 gets a triple camera setup that includes a 12-megapixel primary sensor with variable aperture (f/1.5-2.4) and OIS, a 16-megapixel ultra-wide-angle camera and a 12-megapixel telephoto lens with OIS. The Note 10+ gets the same three sensors as the Note 10, but with an added ToF camera for 3D depth mapping. Upfront, both the phones get a 10-megapixel selfie camera. Note 10 also gets Live Focus, Zoom in Mic and Super Steady mode for videos as well as Super Slow-mo recording.

Galaxy Note 10 series is powered by the newest Exynos 9825 SoC in India. This is an octa-core chipset based on a 7nm process which means better efficiency and a slight bump in performance compared to the 8nm-base Snapdragon 9820 SoC that powers the Galaxy S10-series. The Note 10 comes with 8GB of RAM while the Note 10+ is offered with 12GB of RAM. Notably, only the Plus model supports storage expandability via microSD card (up to 1TB).

As for the batteries, the standard Note 10 packs a 3,500mAh battery and supports 25W fast charging and fast wireless charging. The Note 10+ gets a 4,300mAh battery and supports up to 45W fast charging, although you will need to purchase a 45W charger separately. Both phones also support Wireless PowerShare. They run on OneUI based on Android 9 Pie. Connectivity options include Wi-Fi 802.11 a/b/g/n/ac/ax, Bluetooth 5.0, Type-C and NFC, among others. The Note 10 phones also come with face unlock, ultrasonic in-display fingerprint sensor and stereo speakers with Dolby Atmos support.

The Galaxy Note 10 also get a new S Pen with a unibody design and in-built Bluetooth LE support that allows you to use the stylus as a remote. Additionally, there is a new Air Actions feature that allows you to perform certain actions by waving the stylus in the air. The Note 10 phones also get DeX support for PC that can be enabled using a compatible USB cable. Samsung has also partnered with Microsoft to easily link the phone to a Windows PC with one click.