Call for equality of women on zero discrimination day

Call for equality of women on zero discrimination day 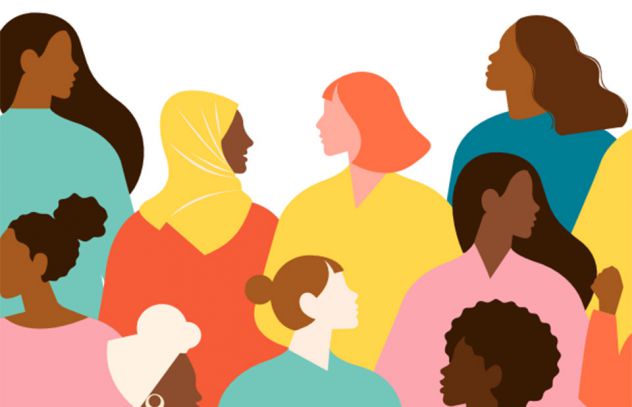 GENEVA, 1 March 2020—On Zero Discrimination Day, which is commemorated every year on 1 March, UNAIDS is calling for an end to discrimination against women and girls and for equal rights, opportunities and treatment.

Despite progress in some areas, in 2020 coercive practices, discriminatory legislation and gender-based violence are just some of the human rights violations that are continuing to have a disproportionate impact on the lives of women and girls around the world. UNAIDS is highlighting areas where change is urgently needed: equal participation in political life; human rights and laws that empower; economic justice—equal pay for equal work; ending gender-based violence; provide health care without stigma or barriers; equal and free access to primary and secondary education; and climate justice.

“Feminism, human rights and zero discrimination are values shared across the world,” said Winnie Byanyima, Executive Director of UNAIDS. “They express our humanity, our recognition that we share a vision for a better future, and they are central to ending AIDS.”

Globally, at least one in three women and girls have experienced violence in their lives, with adolescent girls experiencing higher rates of intimate partner violence than adult women overall. This figure hides deep disparities, with more than 50% of women in some countries reporting violence just in the past 12 months.

Although some countries have made progress towards greater gender equality, discrimination against women and girls still exists everywhere. We know that without equal opportunities early on, without access to education, inequality will persist. Yet, nearly one in three adolescent girls aged between 10 and 19 years from the poorest households globally has never been to school.

Inequalities, discrimination and violence continue to be enabled within the very structures of society. In many countries, laws that discriminate against women and girls remain in force—in areas of work, property, criminal law and sexual and reproductive health and rights, among others.

More than 80 countries criminalize some aspect of sex work, and women are disproportionately affected by laws that criminalize drug use. Meanwhile, laws that uphold women’s basic rights and protect them against harm and unequal treatment are far from the norm. For example, only 88 out of 190 countries have laws regarding equal pay for work of equal value for men and women. Intersecting with other forms of discrimination, on income, race, ethnicity, disability, sexual orientation and gender identity, these rights violations disproportionately harm women and girls.

“We need to transform our societies so that no one is second class,” said Ms Byanyima. “We must end gender-based violence, inequality and insecurity, and ensure that women and girls have equal access to education, health, public life and employment.”

For this transformation, we need women in roles of leadership, at the community level as well as nationally, regionally and globally. Representation of women’s interests is central to changing structural inequalities. Yet, in 2019, less than a quarter of parliamentarians were women.

Compounding these inequalities are the burdens of unpaid care and domestic work, unequal property and inheritance rights and limited financial autonomy. It is estimated that women carry out three quarters of care work in the household—work that is still not given recognition for its importance in society and the economy and remains unpaid.

Ensuring that women’s rights are protected, ending discrimination against women and girls and removing discriminatory laws will be central to achieving the Sustainable Development Goals and ensuing equity and equality for all.