Bring out the Mardaani in you, By Radhika Barman

Bring out the Mardaani in you, By Radhika Barman 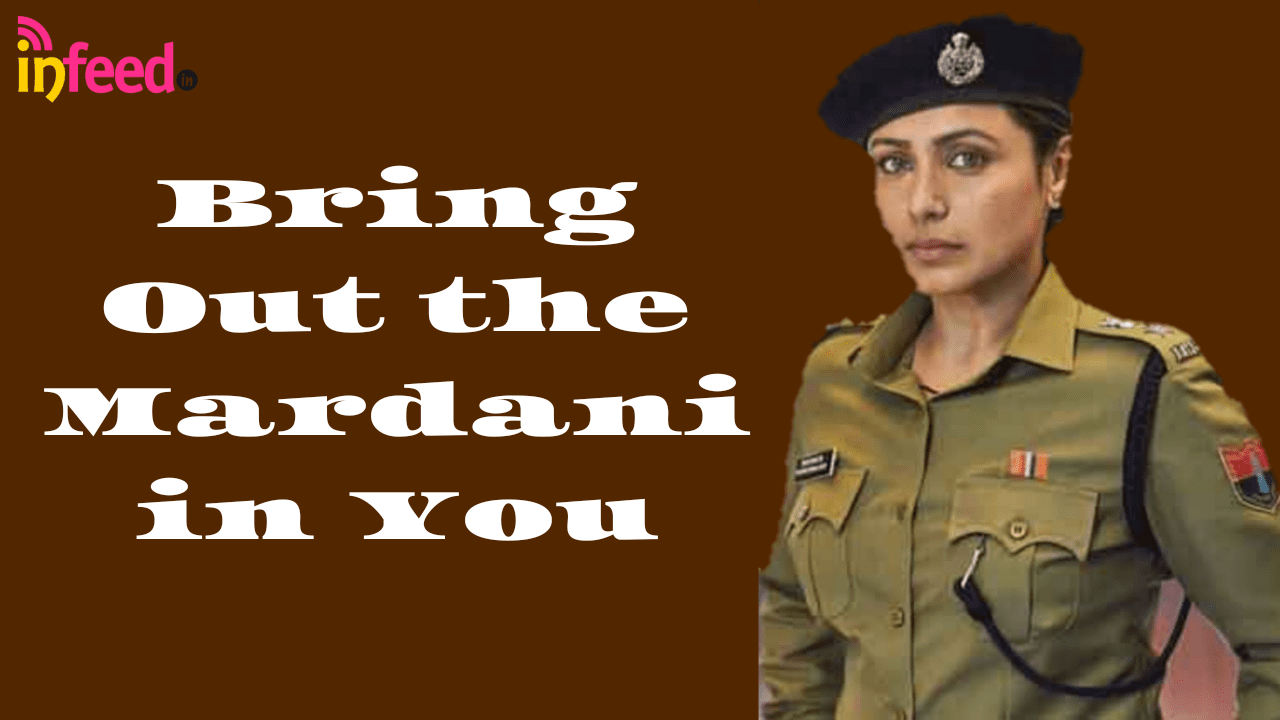 The 2014 film Mardaani tells the story of a policewoman whose interest in the case of a kidnapped teenage girl leads her to uncover secrets of human trafficking by the Indian mafia. The part two of Mardaani is set to release on 13th December, 2019.

Having watched this filmed multiple times thought of sharing my story and how this film impacted my life.

Living in a suburban area, I was prone to frequent street harassments , while returning from coaching classes. Being brought up, in a conservative family, my sisters and I were taught that women are secondary objects and it’s normal for a man to be superior than us. Women in my area were expected to be 24/7 maids tirelessly serving the family free of cost. Hence, I let it go. I didn’t shout out. I was a cricket lover. Cricket is gentlemen’s game. Men who make our country proud and not bring it a shame. I should have realized this earlier.

It was a dusky evening with isolated streets. My sister was walking down the street. Around 7pm a group of men in bike came near. My sister was terrified. To her horror, the current went out and the street lights got switched off. She tried to ran. But, a sudden light from somewhere nearby came out blowing. Torches were switched on by those perverts. The men chased her until she slipped and fell injuring her ankle in the savage streets of humanity. Making her doubly incapable to protect herself, the ankle injury did not just have a physical but a mental consequence as well. She was gangraped by those six men one by one. Her uterus was stripped of with a pocket knive. The men left. She lied down, drowned in her own blood. Few passer-bys hospitalized her and because of God’s grace she survived.

I was left stunned by this incident, assuming the next was me. It was 9pm on a Wednesday night . I was about to open the gate and enter the house. A hand from back garbed me and tried to abduct me. I was taken to a nearby field. The men looked at me and said, “Your sister had defeated us in the cricket match that took place on monday. She has faced her punishment for defeating us. But, our hunger hasn’t gone. Now, it’s your time.”. The beated me and tried to rape me. But weren’t successful. When they beated me, I fell down. The men came near me to rape me. That very moment I was suddenly reminded of Mardaani’s dialogues and the way Rani Mukherjee had beated Walt rastogi in the ending. I fought back till the end. I shouted and guess what I was able to defeat them and let myself get raped. There was I knife in their hands. I forcefully took it and instantly hitted that man’s private parts. To my shock the Mardaani in me came out.

Today, I am a karate instructor and teach young girls in our village self defense so that the future generations learn that it’s necessary to bring out the Mardaani in you. Mardaani which means masculinity shouldn’t be limited to manhood alone. Manning up is about compassion, humility and candeur. The score of these perverts on or off the field isn’t cool. That’s what women in our society need to realize. They need to discover and bring out the Mardaani within us. Or our we waiting for that day when our boys will come home and say , “mom I did it, it’s my talent” and girls terrifiedly asking “what was my fault?” Will you answer your daughter or spank your son when they objectify women the gender even you belong to? On this note, I would like to end my story.
It’s time we women stand for ourselves.

Mardaani was an evergreen film. Best wishes for the part two.