BJP’s Own MLA Protests Against UP Police

BJP’s Own MLA Protests Against UP Police 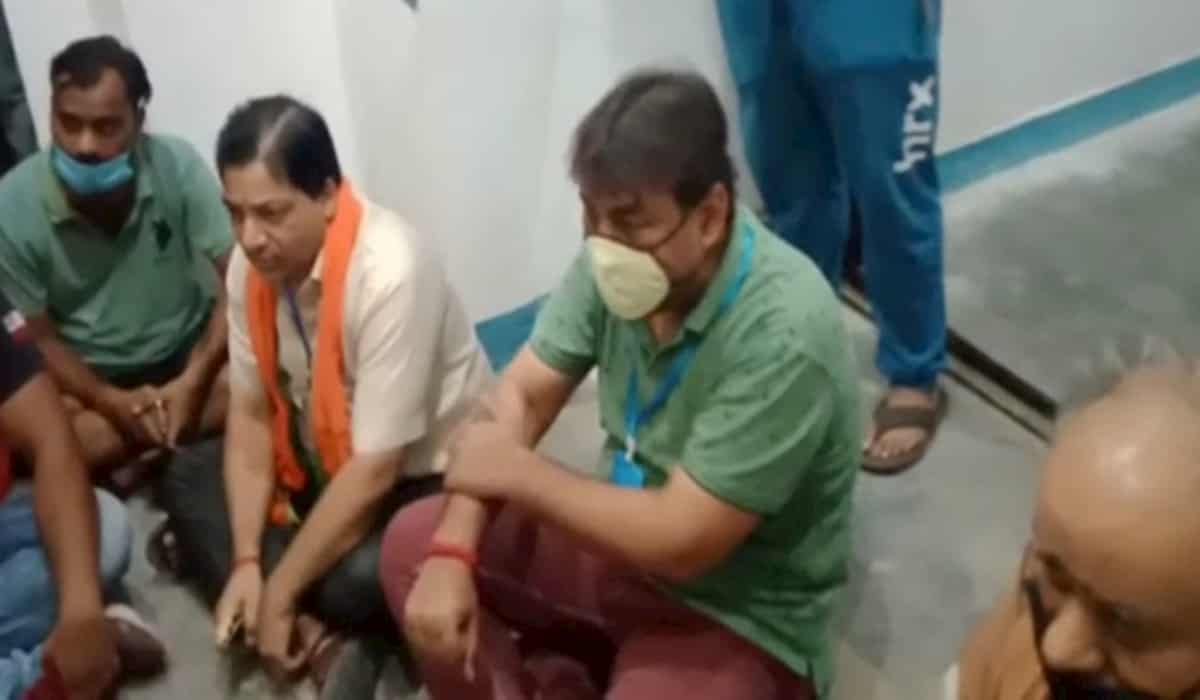 BJP MLA from Unnao Sadar, Pankaj Gupta, along with his supporters, sat on a dharna in Kotwali overnight accusing the police of assaulting the elderly. He was adamant about calling the DM and SP on the spot and shouting slogans against the police. In the morning DM and SP reached the city Kotwali and assured of action, then the matter could be resolved.

On Tuesday, a case was registered against four named and thirty unidentified people for taking possession of the government land of the woman police station in Adarshanagar in Kotwali town. On the orders of the authorities, the police caught seven people and drove them to Kotwali. On getting this information, Sadar MLA Pankaj Gupta reached Kotwali with supporters. The MLA was accused of assaulting policemen along with the elderly. The MLA said that the Unnao police had become autocratic, forcing them to sit on the dharna.

The CO tried to explain but the matter did not work out. As the matter progressed, the MLA and his activists made serious allegations against CO City, shouting slogans throughout the night and insisted on calling the DM and SP on the spot.

The MLA said that the police is harassing the workers and the common man in the name of vehicle checking. Recently, former BJP District President Shrikant Katiyar also had indecency with police personnel. He said that action and criminals against elite people are roaming the streets.