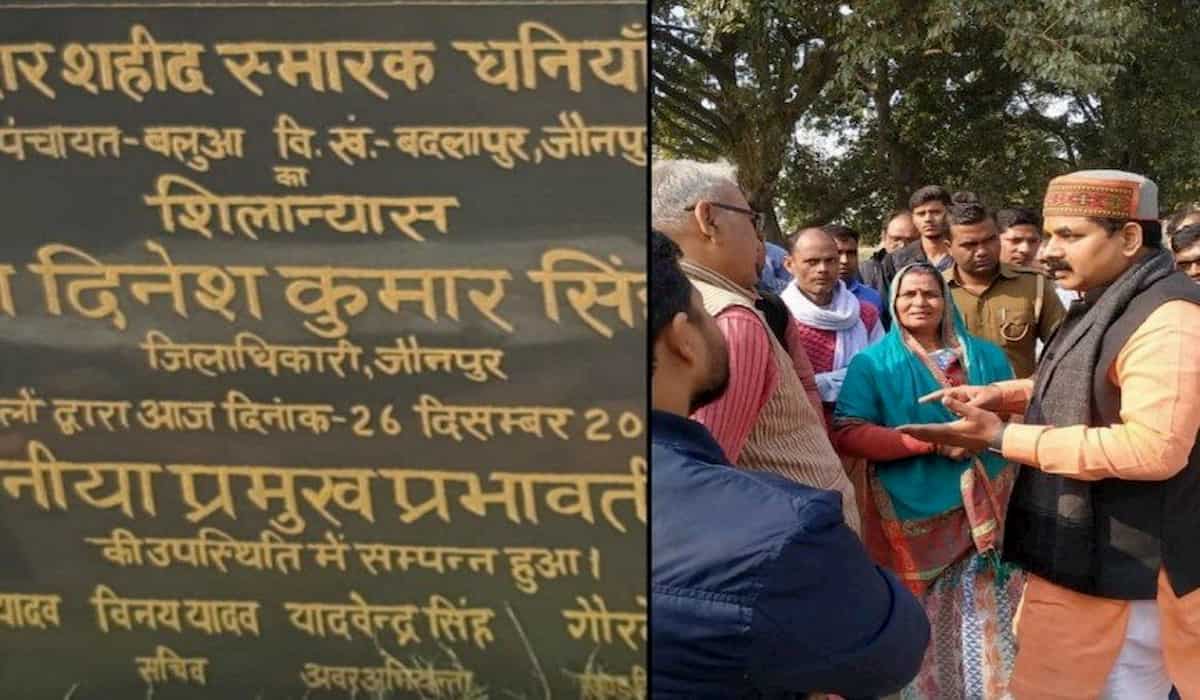 BJP’s fake hindutva has once again surfaced after the BJP legislator from Badlapur, Jaunpur (UP) Ramesh Mishra kicked the “puja” items from his foot when he learnt that he wasn’t invited for the foundation laying ceremony.

A video of his purported act went viral in which he was allegedly seen walking down to an event and asking people what was happening here.

The Block head and the district magistrate of Jaunpur were supposed to preside the ceremony.

It is being said that his name was not there on the foundation stone too, which further enraged him.