BJP MLA from Jawad MP Omprakash Saklecha has been tested corona positive. Saklecha had come a day earlier to vote in the Rajya Sabha elections. Now BJP MLAs who come in contact with him have started reaching JP Hospital in Bhopal. In the morning MLAs Devi Lal Dhakad, Yashpal Singh Sisodia and Dilip Singh Makwana got corona tested. After reaching the hospital here, they said that they came for test as a precautionary measure.

MLA Yashpal Singh Sisodia said that he has been with Omprakash Saklecha for the last two days. Voting was held together on Friday. A day before that, along with about 14 MLAs, they had taken food together. Saklecha was also with him. All three of them have come for a test for caution. All the MLAs who come in contact with them will be undergoing corona test.

According to the history of MLA Saklecha, according to his residence in Javad (Neemuch), a report of a woman came positive. After this, the MLA moved to live with his wife in the farm house. During his stay in the farm house, he kept meeting people and also went to many container areas. After this, he came to Bhopal on 16 June. It is a matter of negligence that during this time the administrative staff neither took their samples nor prevented them from going to the containment area. 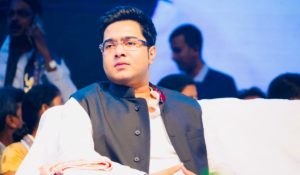