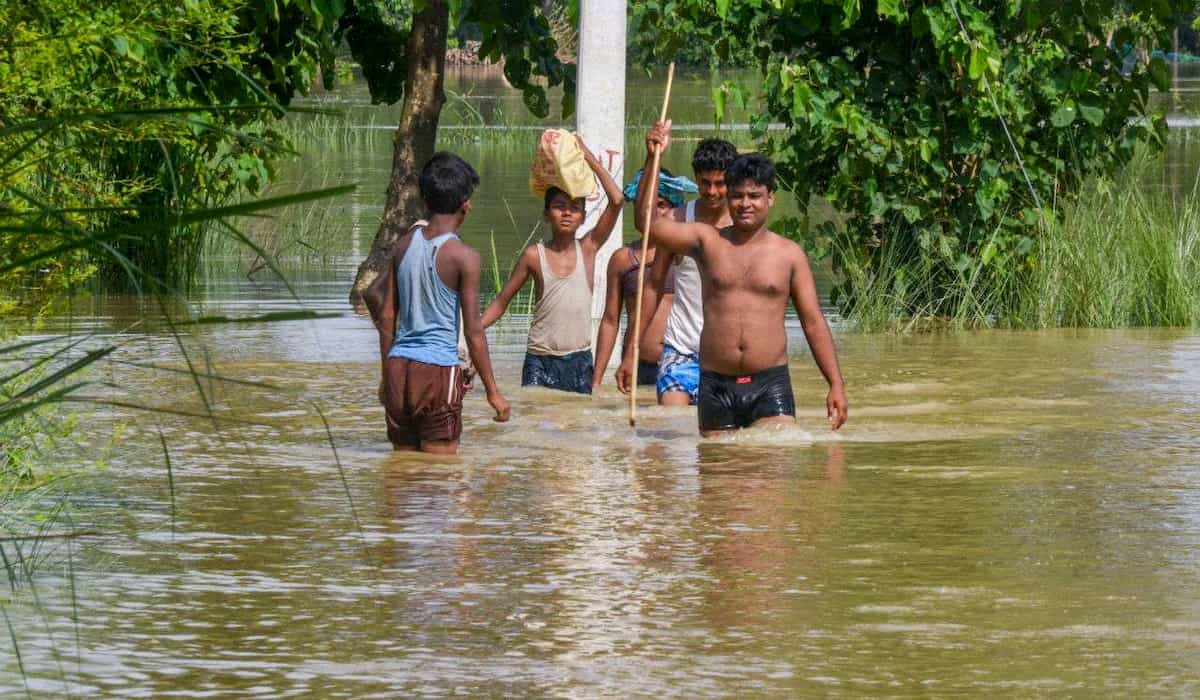 Bihar flood has affected more than 73 lakh population of 1223 panchayats of 16 different districts of the state. People are facing a lot of trouble with this. Rescue and relief operations for flood victims are being carried out by the state government.

Disaster Management Department Additional Secretary Ramachandrau has said that the teams of NDRF and SDRF are engaged in rescue and relief work. Five lakh eight thousand people have been taken to safer places. 1342 community kitchens are being run in various districts to provide food to the flood victims daily. Every day nine lakh 87 thousand people are being fed here.

Despite the freeze of rain in Nepal, the flood crisis continues in some districts of North Bihar. Apart from Bagmati and Budhi Gandak, the water level of Kamla and Adhwara rivers is close to or above the red mark in some places. The water level of Gandak has decreased, but the people of the areas where the water of this river had spread, has not reduced.

The flood water spread in the panchayats of Aurai, Katra and Gaighat blocks of Muzaffarpur has reduced, but has not completely landed from the area yet. Water is still in many panchayats of these blocks and there is still a delay in people’s return home. On the other hand, the water of Tirhut canal, broken by the water of old Gandak, is still spreading in the panchayats. So far, about two dozen villages have been hit by floods.