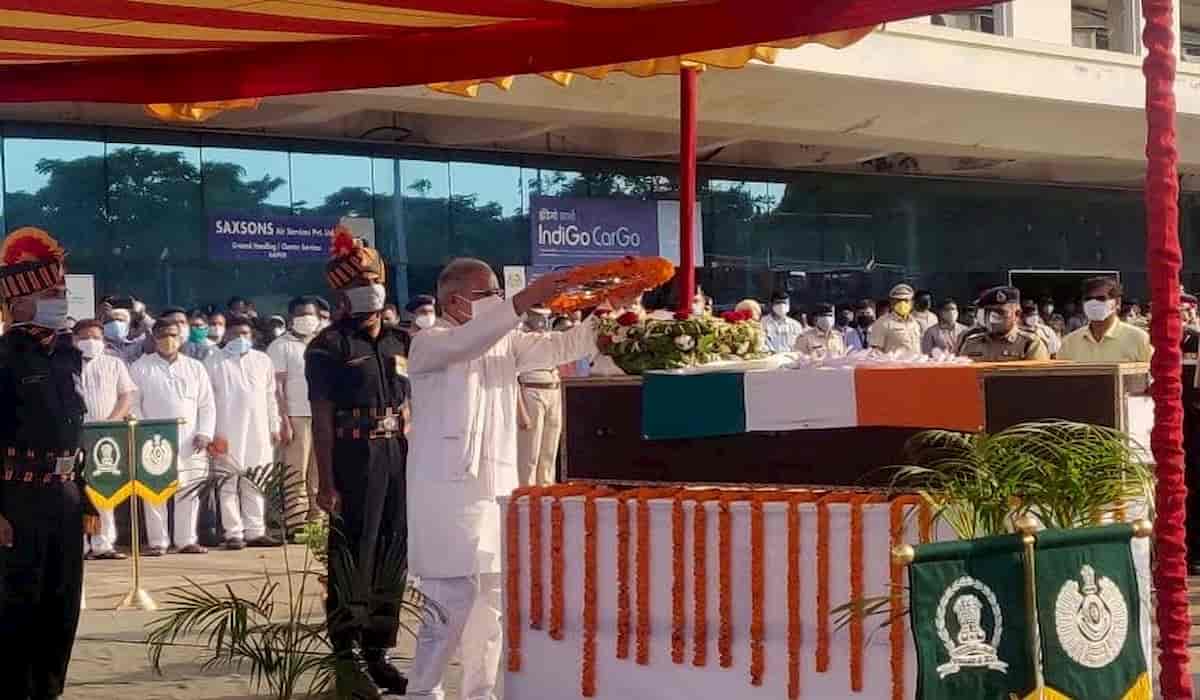 The mortal remains of the soldier Ganeshram Kunjam, who was martyred in a violent clash with Chinese troops in the Galwan Valley of Ladakh, reached Raipur on Thursday afternoon. Chief minister Bhupesh Baghel, shouldered the martyr’s body when it arrived at Raipur Airport by special plane.

Army soldiers took the coffin from inside the airport and brought the mortal remains of Ganesh Ram to the Old Terminal. Here, the Guard of Honor was given. After this, many people including Chief Minister Bhupesh Baghel, Home Minister Tamradhwaj Sahu, Cabinet Minister Ravindra Choubey, Premasai Singh Tekam, Mayor Ejaz Dhebar, BJP MLA Brijmohan Aggarwal paid homage to the martyr.

After this, talking to the media, Chief Minister Bhupesh Baghel said, the school in which Jawan Ganeshram Kunjam studied will be named after the martyr. An ex-gratia of Rs 20 lakhs and govt job will be given to a family member of martyr Sepoy Ganeshram by the state government

After paying tribute at the airport, his body has been sent to his home village Kurutola in Kanker, where he will be cremated with state honors.