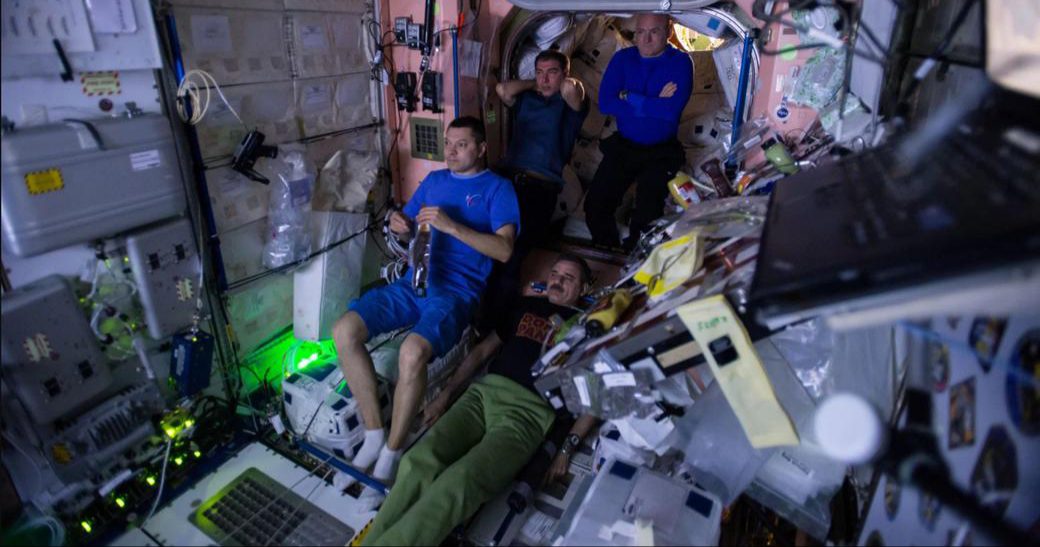 Astronauts are not alien they are like us. They do all the things which we do like listen music, drink coffee, and put their spacesuits on one leg at a time. Although their work days can be grueling, there’s still time to kick back and catch a movie. And thanks to a 2016 Freedom of Information Act request by Matt Novak of Paleofuture, we know exactly what’s playing.

If you love space enough to actually go there, chances are you love space movies just as much. It’s no surprise that NASA astronauts get their pick of the “Star Wars” movies, including the original trilogy, all three prequels, “The Force Awakens,” and “The Last Jedi” (no word on “Rogue One” or “The Star Wars Holiday Special”). They also have all of the “Star Trek” movies to choose from, along with “Back to the Future,” “Alien,” “The Fifth Element,” “Contact,” “Armageddon,” “Close Encounters of the Third Kind,” and, somewhat ironically, “Gravity.” (At least “Apollo 13” didn’t make the cut.) And while it’s not science fiction, the first season of Carl Sagan’s “Cosmos” is certainly science-fan-friendly.

There are also many movies that take NASA’s best and brightest far away from their normal surroundings. “The Lord of the Rings” and “The Hobbit” movies are there, as is “Pirates of the Caribbean,” “Avatar,” and one “Harry Potter” film.

As far as hilarious films go, astronauts have just as many objectively brilliant comedies as they do the kind of screwball, slapstick films you might watch in a college dorm. On the classic side, movies like “Dr. Strangelove” and “Young Frankenstein” lend a seasoned gravitas to the list, while modern classics like “This is Spinal Tap,” “Wayne’s World,” and “The Big Lebowski” add their own shine.

And then there are the wacky comedies. “Austin Powers” seems like a great way to unwind after a long day on the space station, as does “Hot Fuzz” and “Dodgeball.” Who wouldn’t want to shoot floating globules of milk out of their nose watching “Zoolander” with fellow astronauts?

They might be astronauts, but they’re also government employees, and NASA chose a sizable selection of films that inspire U.S. patriotism. You’ve got celebrations of American values in films like The Wizard of Oz and It’s a Wonderful Life, butt-kicking nouveau-Western heroes in movies like Die Hard and shows like 24, and modern classics in “House of Cards” and “Homeland.” There are also traditional selections like “Casablanca” and “Citizen Kane,” and holiday favorites like “A Christmas Story.”

As Suman Ghosh notes at The Conversation, infamous rule-breakers are conspicuously absent: there’s no “Thelma and Louise” or “Butch Cassidy and the Sundance Kid,” nor is there “Dirty Harry,” “Rambo,” or “Rocky.” You don’t want a space mutiny on your hands, after all.