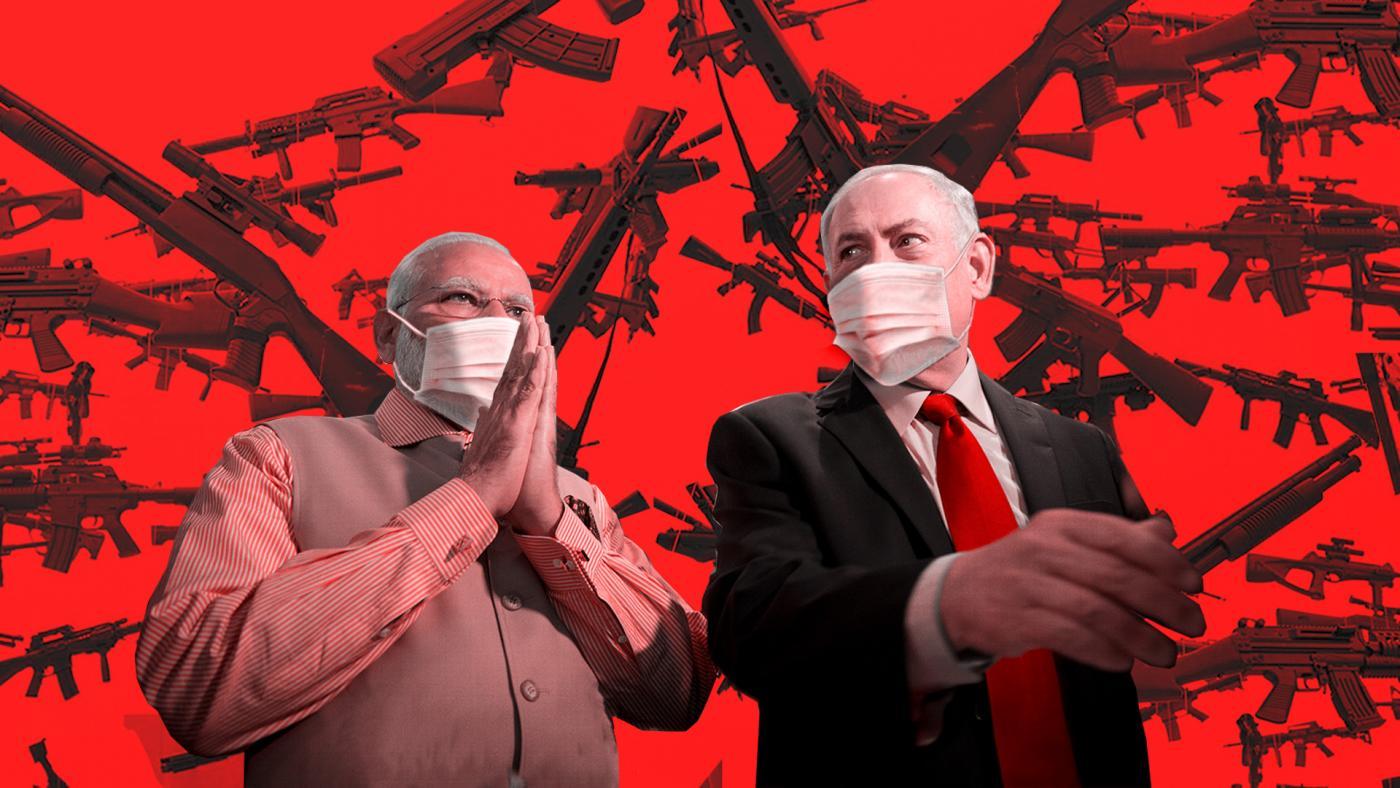 Indian Prime Minister Narendra Modi’s handling of the corona virus crisis has been criticised by activists and social rights groups, after it emerged that his government decided to go ahead with an arms deal with Israel, worth hundreds of millions of dollars.

According to a statement released by the Indian government, Israel will supply the Indian military with 16,479 Negev light machine guns, despite growing concerns over the health emergency facing the country of 1.3 billion people.

The deal, worth $116 million, came as doctors on the frontline in India continue to complain of a shortage of masks and protective equipment, highlighting concerns that India is ill-prepared to deal with a crisis of this magnitude.

According to authorities, there have been around 500 known cases of Covid-19 in India with 15 fatalities.

‘Why is the government of India choosing to spend massive amounts on military purchases instead of prioritising a corona relief package, medical infrastructure, free healthcare and testing for all?’

But India, like several other countries, has conducted few tests and is experiencing a spike in infections.

On Monday, an Indian epidemiologist said that up to 55 percent of the country or some 715 million people could have the virus, while a conservative estimate suggests India could see around 30,000 deaths by May.

With concerns rising over the rapid acceleration of the pandemic and the impact it has already had on economies around the world, the thought that the struggling Indian economy could afford to absorb military spending at this juncture has left some reeling.

Achin Vanaik, a retired professor of International Relations and Global Politics at the University of Delhi, described the decision as “extraordinary and highly condemnable, especially as it becomes clear that authorities are well aware that official stats are a gross underestimation at this point”.

He told Middle East Eye that, “India needs every rupee to deal with the very real danger of the corona virus pandemic spreading in a country of 1.3 billion people – living in densely populated cities and towns. As it is, compared to Europe, North America or even China and other countries in Asia, the medical system here is woefully under-equipped to deal with this emergency. This diversion of funds is deeply distressing.”

‘On the course of demagoguery’

The weapons contract signed on Thursday was originally authorised by the Defence Acquisition Council (DAC) in February 2018, and is part of a series of weapon agreements between the two countries, under prime ministers Benjamin Netanyahu and Narendra Modi.

According to India’s Defense ministry, “the provisioning of this operationally urgent and very critically needed weapon, will boost the confidence of the front-line troops and provide much-needed combat power to the Armed Forces.”

But according to Apoorvanand, a professor at the University of Delhi, the move to prioritise arms at a time of a crisis, was only part of a larger attempt by the BJP-led government to turn India into a security state, like Israel.

“The so-called security of the state is all that matters. So it keeps on invoking enemies, either outside or within. And it has turned people, especially Hindus into paranoid masses,” Apoorvanand told MIDDLE EAST EYE.

‘Modi is taking India on the course of demagoguery, and this is all it has to offer the people’

“It is clear that the PM had nothing to offer as a government in tackling this crisis. Our doctors don’t have protective equipment in sufficient quantity; we don’t have capacity to do testing as advised by the experts.

“Instead, Modi is taking India on the course of demagoguery, and this is all it has to offer the people.”

“People rendered suddenly jobless are forced to rush back to villages to survive, risking the spread of the virus as they go.

“Why is the government of India choosing to spend massive amounts on military purchases instead of prioritising a corona relief package, medical infrastructure, free healthcare and testing for all?”