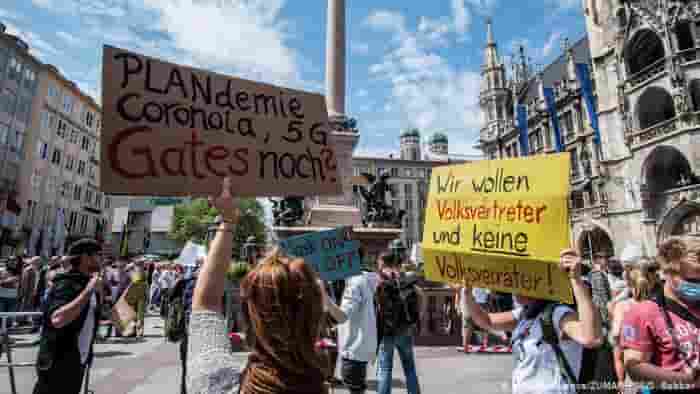 On Saturday, people in several cities of Europe protested against the restrictions during the lockdown enforced to prevent the spread of Corona virus infection. While tear gas shells were released to disperse protesters in Poland, many people were arrested from a crowd gathered in Hyde Park, London. Thousands of people gathered in many cities of Germany, due to which the police had to strictly follow the rules of social distance.

Police of the city of Stuttgart said that up to five thousand people were allowed to perform but as the number increased, people were directed to go to other open spaces. At the same time, one thousand protesters gathered as per permission at a big fair venue in Munich. At Alexandraplatz Square in the middle of Berlin, several dozen protesters lodged a protest against anti-virus rules through loud music.

Dozens of people, including a senator, were detained in a demonstration in protest against the lockdown restrictions in the capital of Poland and police also released tear gas shells to disperse the protesters. Meanwhile, in Britain, protesters gathered in Hyde Park, London to protest against the lockdown, and during this time a heavy police force was stationed. The protesters shouted ‘Azadi’ slogans. The London police also arrested 13 protesters.