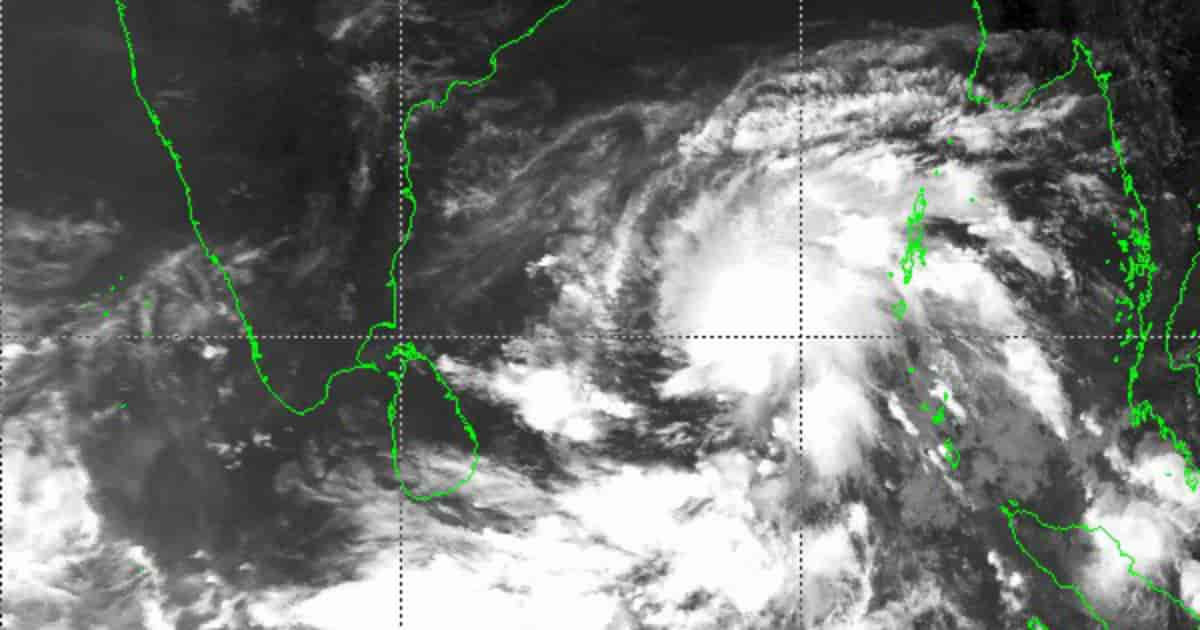 Cyclonic storm ‘Amfan’ in the Bay of Bengal took a dangerous form on Sunday. It is expected to hit the coast of West Bengal and Odisha. Due to this, heavy rains with strong wind may occur in many parts of these two states. In view of this, the Meteorological Department has alerted both the states and asked fishermen not to go to sea from Monday.

Kolkata-based Meteorological Department’s regional director GK Das said that there is a possibility of a storm of Amphon near Sagar Island between the afternoon of May 20 and evening. Due to this, coastal areas like North and South 24 Parganas, Kolkata, East and West Medinipur are expected to receive light to moderate rain since 19.

On May 20, heavy rains may occur at most places in these districts. The coastal areas of the two states will witness winds of 55 kmph from Tuesday afternoon, reaching 85 kmph by the next day morning.

The Home Secretary of the West Bengal government said that the government machinery is ready to deal with every situation. Arrangements have also been made to follow the social distance law in relief camps. Relief and rescue teams have been sent to the respective districts. Chief Secretary Rajiv Sinha reviewed the storm situation and preparedness to deal with it at a high level meeting.

On the other hand, the Special Relief Commissioner of Odisha said that the District Magistrates of Ganjam, Gajapati, Puri, Jagatsinghpur, Kendrapada, Jajpur, Bhadrak, Balasore, Mayurbhanj, Cuttack, Khurda and Nayagarh have been asked to be vigilant. Jagatsinghpur, Kendrapada, Bhadrak and Balasore are being closely monitored. The decision to move people living in low-lying areas to safe places will be taken after reviewing the situation. Arrangements have been made to evacuate about 11 lakh people here.

The National Disaster Response Force (NDRF) has deployed 17 teams in Odisha and West Bengal. NDRF DG SN Pradhan said that the situation is being closely monitored from the headquarters and we are in constant touch with the state governments and the meteorological department.