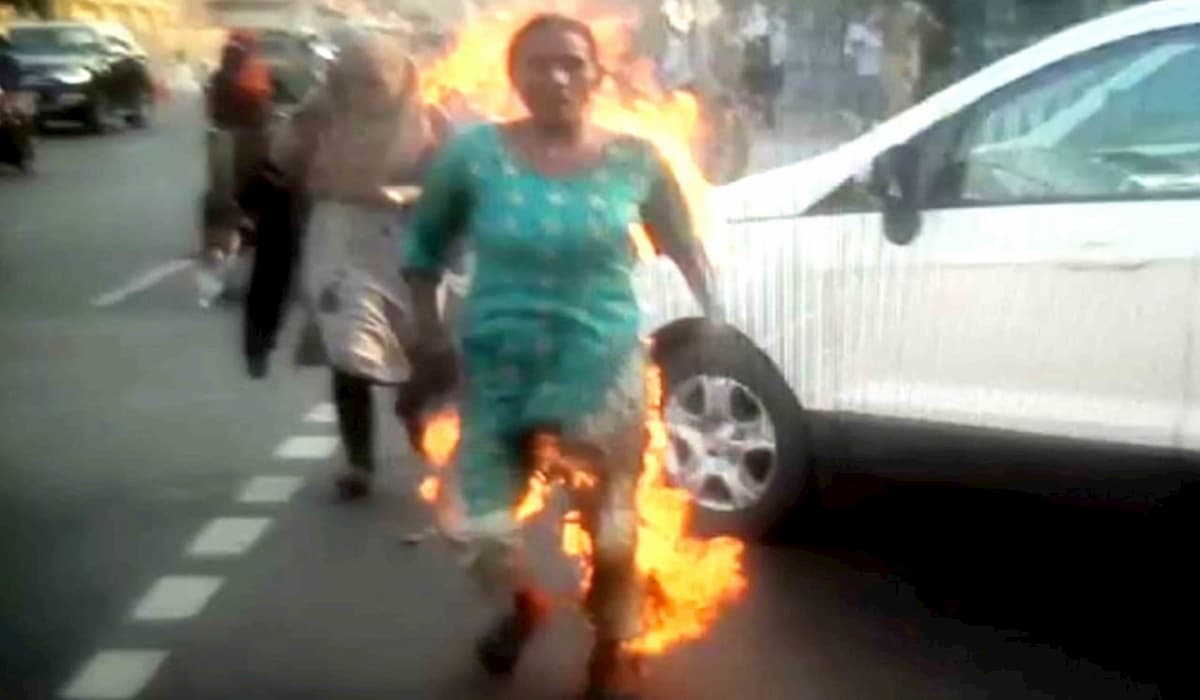 The Amethi woman who set herself on fire in front of CM’s house over Police inaction in a land dispute case, died in hospital.

The woman and her daughter from Amethi set themselves on fire in front of the UP Chief Minister’s office on Friday over police inaction in a land dispute case.

The two women sustained burn injuries and were admitted to the civil hospital, where their condition is said to be critical.