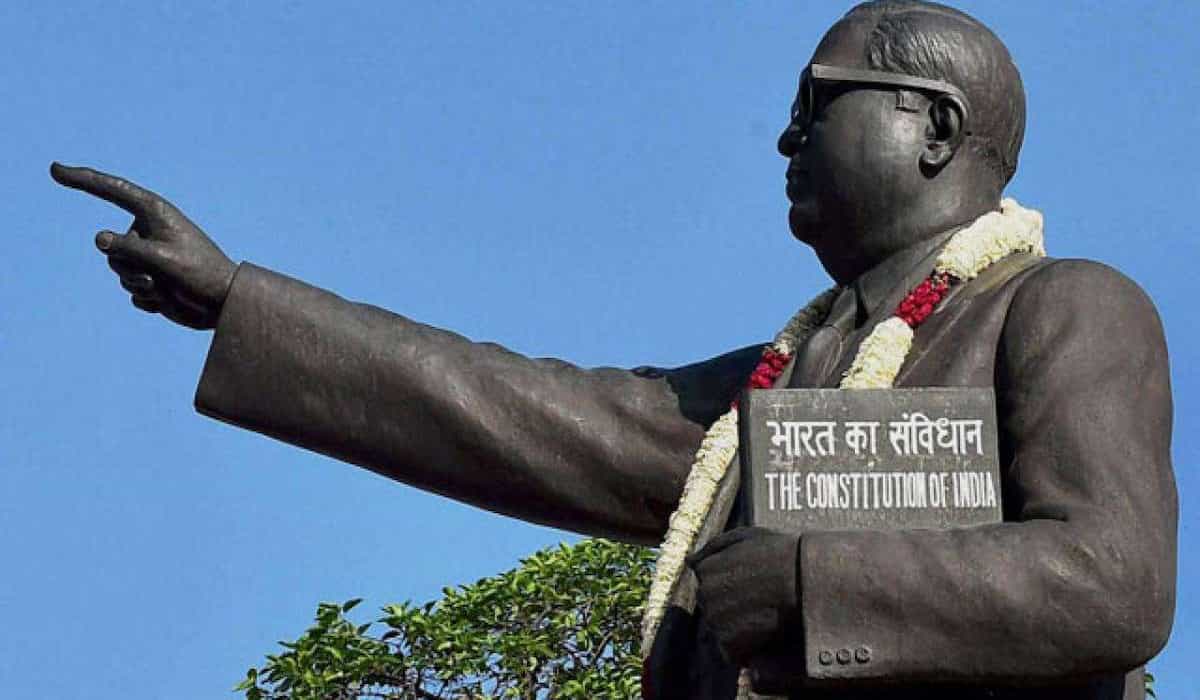 Ambedkar, whose 130th birth anniversary falls today, offered a substantive definition of democracy, radically different from the procedural definition that dominated the 20th-century theories of democracy. For him democratic mechanisms like elections and parliament were there for a purpose: ‘to bring about welfare of the people’.

We Indians have a way of belittling our icons. We turn Gandhi into a naive saint, a harmless preacher of non-violence, Bhagat Singh into a hot-headed rebellious nationalist, and Charan Singh into a caste leader. We have done something similar to Babasaheb Bhimrao Ambedkar’s intellectual legacy. Reclaimed from decades of neglect, his thinking has now been reduced to his reflections on the caste system. It is time we recovered some other, deeper dimensions of his thought and secured a due place for him in the canons of intellectual history. His reflections on democracy qualify him as the first candidate for such a recovery.

Babasaheb Ambedkar was the first Indian, and arguably the only Indian in the 20th century, who offered a theory of democracy, a theory that can guide us in the 21st century. This needs to be remembered because the celebration of his intellectual and political legacy tends to focus almost exclusively on his critique of caste-based injustice. This needs to be reminded today, when India’s democracy is being dismantled by those who preside over his birth anniversary celebrations.

Dr Ambedkar was not the first Indian thinker to reflect on democracy. But he was the first one to offer original answers to the three basic questions that a theory of democracy must address. One, a theory must set out a norm, an ideal of what democracy should be like. Two, it must evaluate the current state of democracy in the light of its ideal and offer a critique. Three, it must spell out a path to a democratic ideal, from where we stand to where we should aim to be. Ambedkar’s answers were original because these were not drawn from some abstraction. His reflections were firmly located in the Indian context.

Dr Ambedkar’s answers were strikingly different from the two ways of thinking about democracy that dominated his times. On the one hand were ‘liberals’ like Jawaharlal Nehru who expected the western fairytale of democracy to be replayed in India, albeit with a time lag. For them, western democracies were the model towards which India had begun its journey by enacting a Constitution and holding free and fair elections. On the other hand were the critics, mostly from the Left, who thought that the democratic experiment in India was a sham, nothing but a rule of the capitalist class cloaked in procedures of democracy. Gandhi, too, shared this disdain for Westminster-style democracy. Dr Ambedkar offered a theory of cautious and conditional optimism, an optimism drawn from the abstract promise of democracy and a caution rooted in the Indian context.

He offered a substantive definition of democracy, radically different from the procedural definition that dominated the 20th-century theories of democracy. He was not unmindful of the procedural aspects of democracy, but for him all these democratic mechanisms like elections and parliament were there for a purpose: “to bring about welfare of the people”. He went on to offer a definition of democracy for our times that would set him apart from the dominant theorists of democracy. For him democracy was “a form and a method of government whereby revolutionary changes in the economic and social life of the people are brought about without bloodshed.” (Conditions Precedent for the Successful Working of Democracy, 1952).

(Author is a Farm leader and President of Swaraj India)