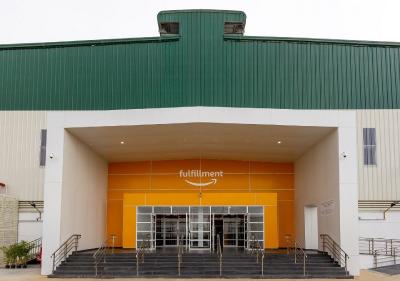 As a billion-plus people wait with bated breath for the successful landing of India’s moon lander Vikram, Amazon’s Cloud arm Amazon Web Services (AWS) on Friday said that it is more than ready with satellite commands and data, to help the country realise its dream to send deep space missions.

“We are very passionate about space and opportunities associated with it. It is exciting to know that India is going to land its first-ever rover on the Moon. We have key partnerships with Blue Origin, Lockheed Martin, Digital Globe and more and are seeing a lot of interest in space research and development globally. India is really a promising country owing to several firsts in space to its credit,” Teresa Carlson, Vice President, Worldwide Public Sector, Amazon Web Services (AWS), told IANS here.

Satellites are being used by more and more businesses, universities and governments for a variety of applications, including weather forecasting, surface imaging, and communications. To do this today, customers must build or lease ground antennas to communicate with the satellites.

Once customers upload satellite commands and data through AWS Ground Station, they can quickly download large amounts of data over the high-speed AWS Ground Station network, immediately process it in Amazon Cloud.

Amazon had, in May, announced that AWS Ground Station is now in general availability and open to any AWS user.