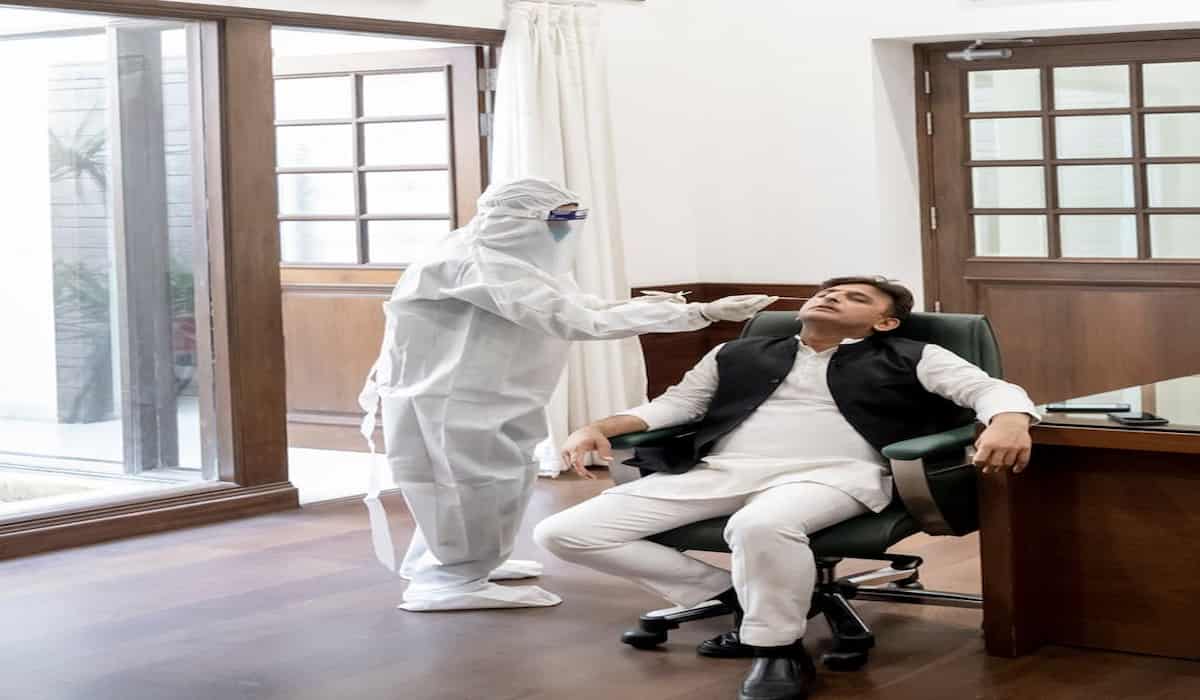 Samajwadi Party national president Akhilesh Yadav conducted his corona investigation on Tuesday. It is being told that he was feeling a mild fever. He reached Niranjani, Shri Panchayati Arena in Haridwar on Sunday and met the National President of Akhil Bhartiya Akhara Parishad, Shri Mahant Narendra Giri. The health has deteriorated after Narendra Giri’s report came positive.

Akhilesh took to Twitter on Tuesday the picture of a health worker taking a sample after the investigation of Corona and also targeted the state’s Chief Minister Yogi Adityanath. Akhilesh tweeted that the BJP government has to answer for the outcry that has taken place in Uttar Pradesh from Corona, why did it beat the false pretense of gaining control over Corona? Lack of vaccines, tests, doctors, beds, ambulances; Why is the BJP government silent on the delay in test report and the black marketing of medicines? He asked where is the star campaigner?