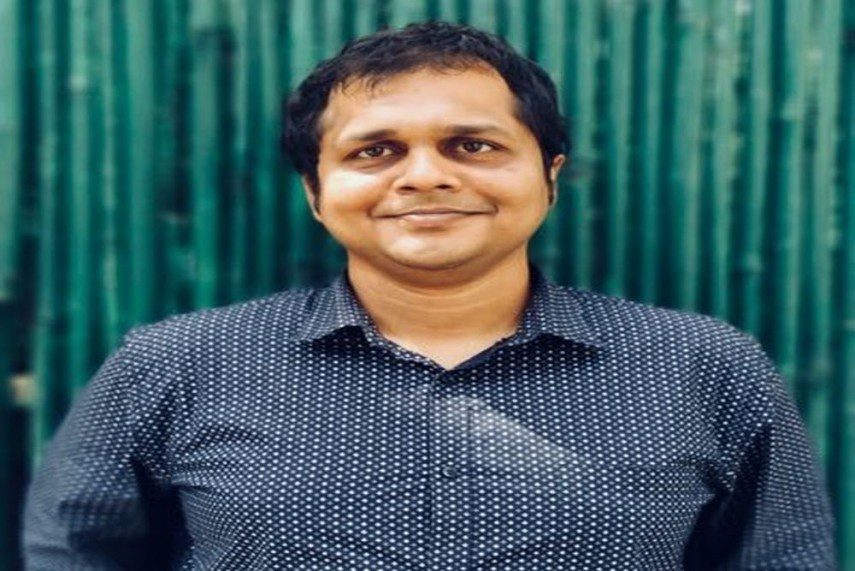 New Delhi| Activist Saket Gokhale has raised questions on the transparency of PM-Cares fund initiated by PM Narendra Modi in support of the people struggling against COVID-19 in the country and compared it to the “Bharat Ke Veer” fund created by BJP government for Pulwama martyrs, which got over 250 Cr rupees, but still unutilised. 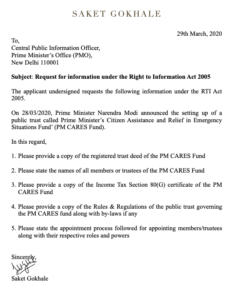 Also, the activist has questioned the government on why PM Relief fund has not been utilized for this purpose, and the need for raising fund under a separate head instead of the PM Relief Fund.

He has written an RTI query to PMO, in which he has asked for the registration copy, the list of trustees and the process followed for the appointment of trustees for the fund.

Earlier, government declared that the contributions done under PM-CARES fund will be considered as social welfare spending under the companies law. Under the companies law, certain classes of profitable entities have to shell out at least 2 percent of their three-year annual average net profit towards corporate social responsibility activities in a particular fiscal.