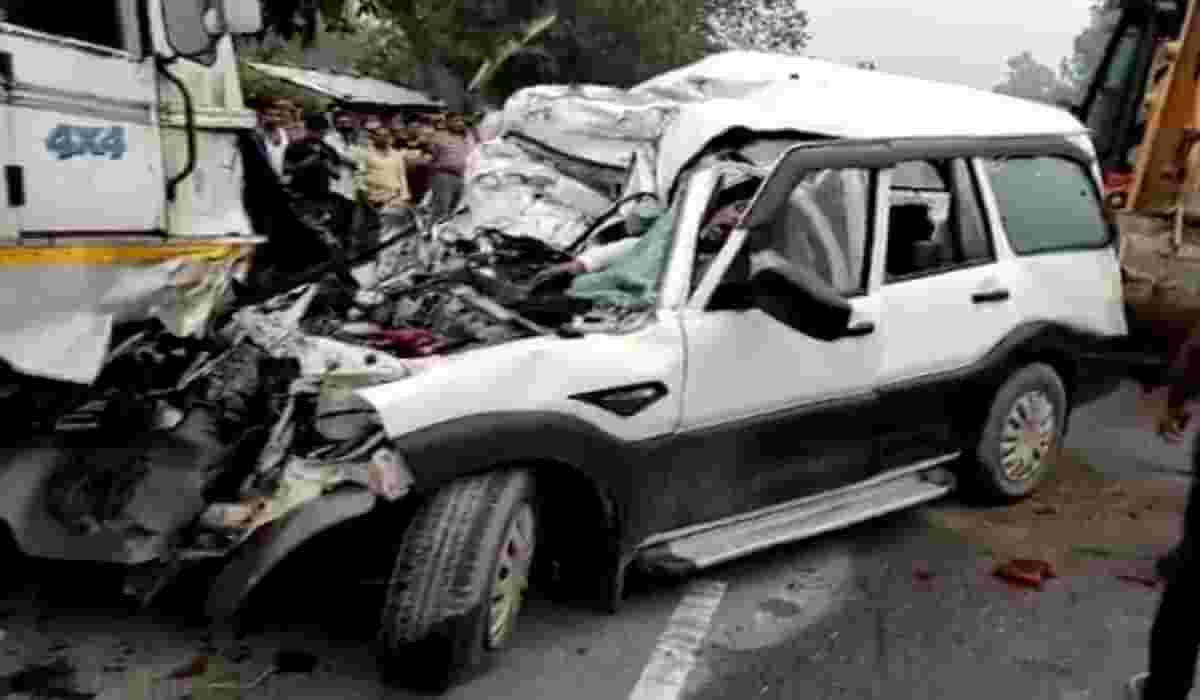 In Pratapgarh district of Uttar Pradesh, 9 people died in a tragic truck accident on Friday morning. At around 5 am in the district’s Wajidpur, there was a fierce collision between the truck and the Scorpio car. Three women, a boy are also among those killed in this accident. Apart from this, another person has been seriously injured in this accident, who has been sent to Lucknow for treatment. It is being told that all these people were going from Haryana to Bihar.

The local police arrived at the scene after the accident. Police is taking out the dead body from the car with the help of villagers. Police said that the accident is terrible, that there is a lot of difficulty in removing the bodies of the dead from the car. As of now, three bodies have been taken out after cutting the car, an attempt is being made to remove the remaining bodies.