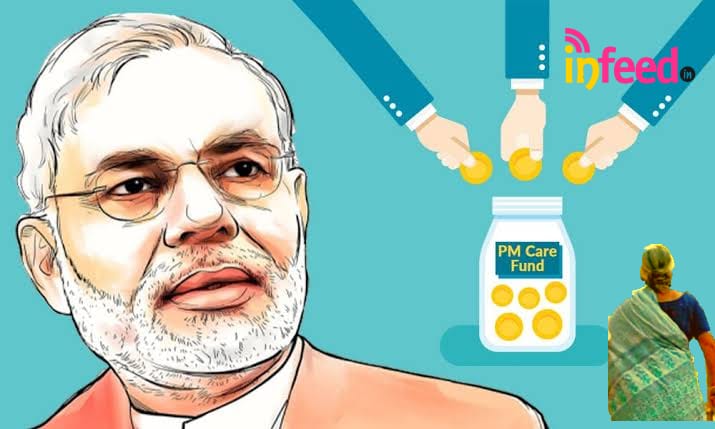 In this era of Corona crisis, an elderly woman has done something that her work has become a new example of humanity. At the age of 80, this woman walked for 10 km on foot and gave 2 lakh rupees assistance to the government in fighting the epidemic. He also removed this money from his pension. This contribution of this woman has now become a matter of discussion and people are not tired of appreciating. This is the case of Uttarakhand. 80-year-old Darshani Devi, a resident of Uttarakhand, has deposited Rs two lakh in the Prime Minister’s Fund.

Contributing to the fight against the corona epidemic in the country, the woman walked 10 km to the bank and deposited the amount in the PM Cares Fund. People have been inspired by the passion of 80-year-old Virangana Darshani Devi of Dobha-Dadoli village of Agastya Muni, a development block in Rudraprayag district. On Friday, this woman reached Agastya Muni on foot from her house. Here he made a draft of two lakhs in the name of PM Cares Fund PM Care Fund in the branch of State Bank of India. After this, through the Executive Officer of Nagar Panchayat, donated the funds.

The old lady told that she has heard from all the people of the village that there has been chaos in the whole world from Corona, people of the whole country are upset. In the time of this crisis, many people are supporting the state and central government. So that this fight can be fought vigorously. Therefore, it has been decided to deposit two lakh rupees from his pension into the PM Care Fund. The old woman’s husband, Pigeon Singh Rauthan, was martyred in the 1965 India-Pakistan war. The woman has no child.