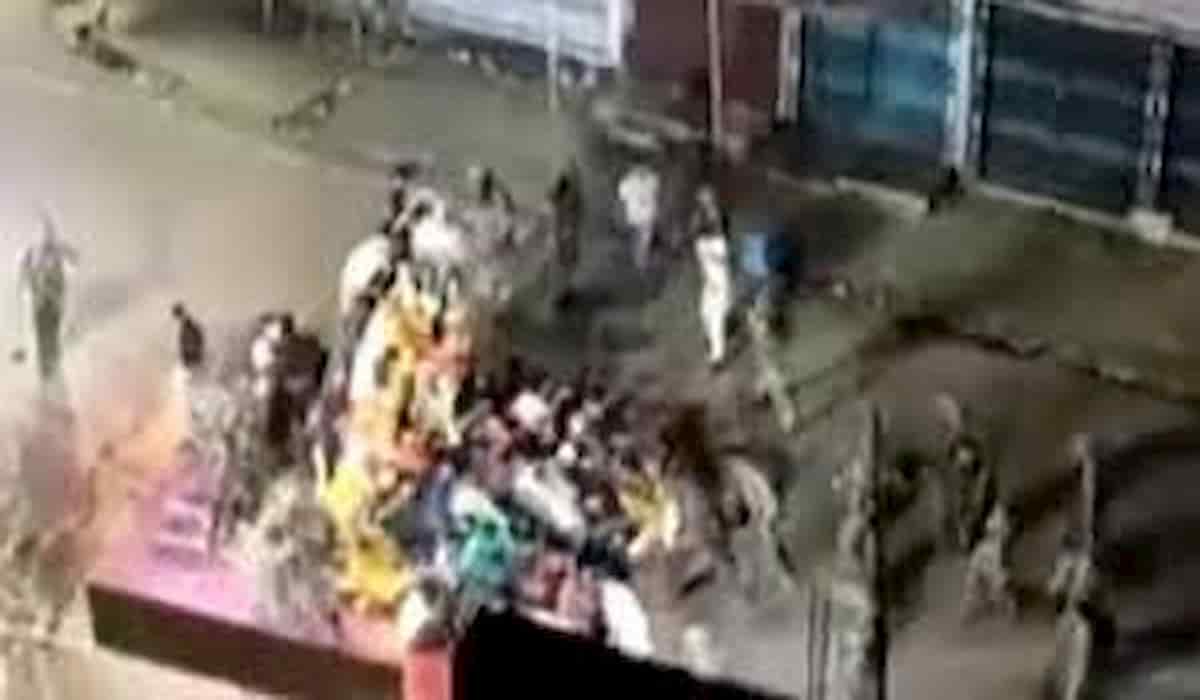 During the immersion of Durga idol on Dussehra, police fired openly on locals, due to which 4 died and 20 have been injured so far.

The family members of the deceased allege that the police opened fire, while according to the police, some mischievous elements deliberately threw stones and fired.

Locals allege that the young man died in police firing. Deen Dayal Chowk and the surrounding area have been converted into a police cantonment in view of the possibility of something untoward after the incident.

According to the news, the mob became violent after the incident and attacked the police, in which 17 policemen were injured, including Sangrampur Police Station incharge Sarvjit Kumar.