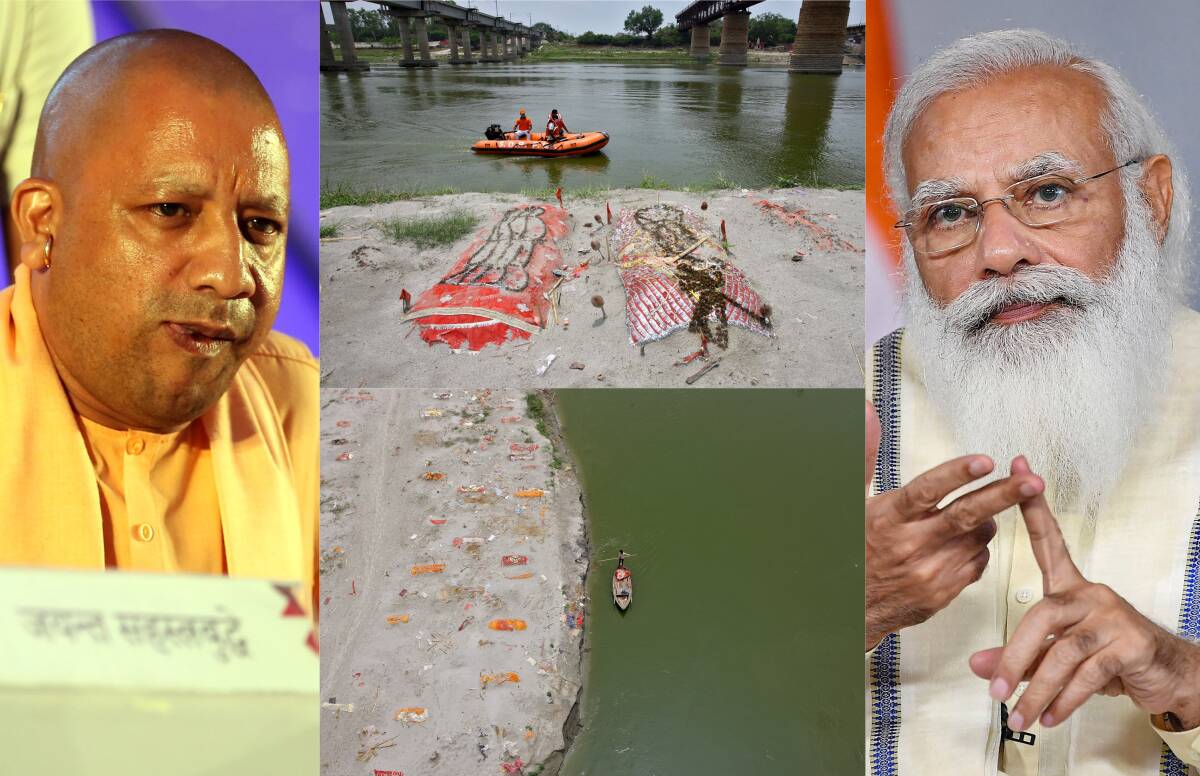 The party is worried about Yogi’s poor performance as Chief Minister. RSS & BJP have been portraying Yogi as the best administrator and intellectual CM. The propaganda has failed miserably & the reality on the ground is very terrible. There have been dead bodies floating in the River Ganga & thieves stealing the cover cloths of the dead bodies.

In fact, BJP pulled its entertainment card Kangana Ranaut to make the false claim that the dead bodies floating in the river are not from Ganga but a river in Nigeria. Such statements led to backlash from citizens all across the country. People who are suffering & everyone can see the dead bodies floating. How can one deny such facts? How long does one close their eyes? The days are not far when the fire catches every household.

People in UP are not allowed to cremate their dead relatives at River Ganga as this might create more dent in Yogi’s Image. People are forced to bury their dead relatives in jungles or farms. There are claims that around Rs 15,000- Rs 20,000 are required to bury beside Ganga Ghat. Never have been such a plight on Indian citizens since Independence.

Yogi has been good in sermons, faking his image as an administrator & an intellectual. There has been no credible work in the largest state of India.
There have been disastrous steps to enact NSA against the volunteers and NGOs who are trying to help the needy through social media.

In previous election campaigns in Kerala and Karnataka Yogi had suggested implementing the UP government Model.

RSS has been a disastrous organization that has produced the Gujrat model of governance and UP model of governance. It’s such a shame comparing two high-performing states like Karnataka & Kerala. Karnataka has been a congress-ruled state & Kerala a communist-led state. It shows that any ideology in India can perform far better than the apologist saffron brigade organization.

UP’s performance is very crucial to the central government as it has 80 Lok Sabha seats. There is a keen involvement from Central and RSS members. BJP chief JP Nadda had cancelled all the functions to celebrate seven years of the Narendra Modi government. In the letter addressed to party workers BJP chief mentions that “Party workers should dedicate themselves in the service of the society.”
It’s no surprise that BJP has undertaken such a cautious step after failure in the recent West Bengal election where the chest-thumping margin was expected to cross the 200 seats.

Now the question which every citizen wants to know is
‘Will Yogi be shown the exit door?’