Without Sanskrit, India can not be understood fully: RSS chief Mohan bhagwat

Without Sanskrit, India can not be understood fully: RSS chief Mohan bhagwat 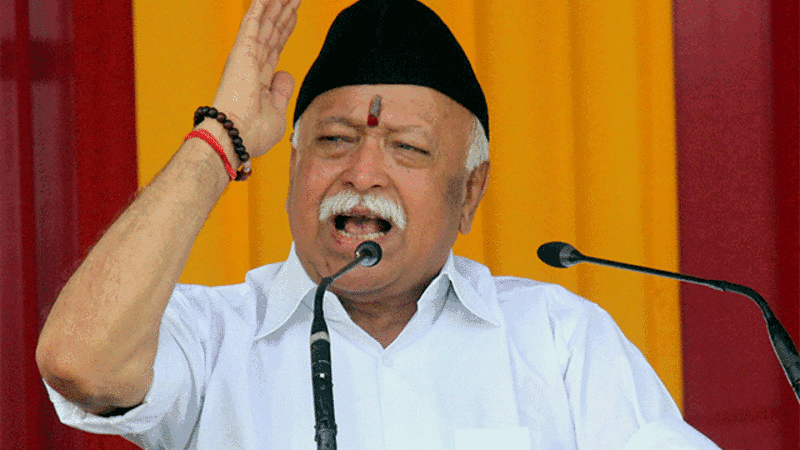 All existing languages in the country, including tribal ones, are made up of at least 30 per cent Sanskrit words, he said, speaking at a book launch here.

Even Dr B R Ambedkar lamented that he did not get the opportunity to learn Sanskrit because it is key to learn about the country’s traditions, Bhagwat said.

“There is no language in any part of our country which cannot be learnt in three to four months. If we are hearing any language for the first time and the person speaks a little slowly, then we at least understand the ’emotion’ of it, and the reason for this is Sanskrit,” he said, calling it a connecting language.

“Every language in India, even those in tribal areas, has at least thirty per cent Sanskrit words,” the RSS chief said.

“Sanskrit is a language of knowledge and all the knowledge of (ancient) astronomy, agriculture and Ayurveda can be found only in Sanskrit.

“Even the resources for pre-modern history of India are only in Sanskrit,” he said.

“Therefore, without knowing Sanskrit it is difficult to understand Bharat completely. Even, Dr Babasaheb Ambedkar had said this.

“He had said, `I feel sad that I could not learn Sanskrit, because (then) I had to learn about my country and its people and our traditions from western translated versions and there is no certainty as to they are correct or not’,” Bhagwat added.

Sanskrit should be taught in such a way that it can be learnt by everybody, the RSS chief said.