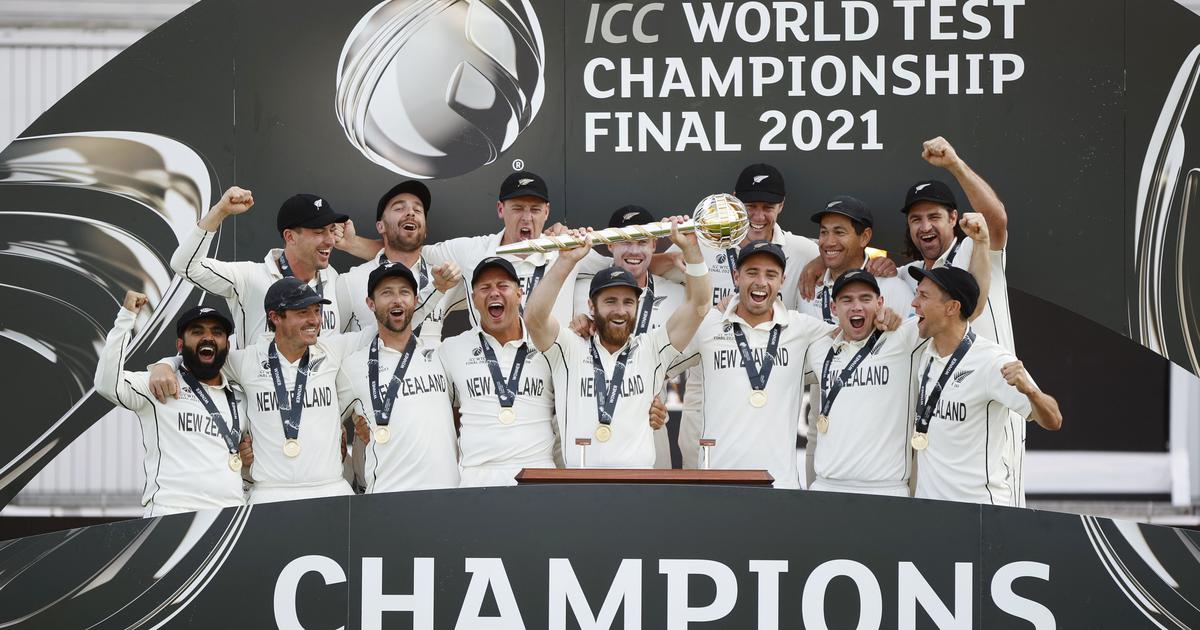 Test cricket is the beauty of the Gentleman’s game. In modern-day, cricket has limited over version like 50 overs ODI, 20th overs T20I etc. But nowadays people don’t have enough time to watch Test cricket for 5 days continue. This causes the popularity of Test cricket to decrease. To revive the popularity of test cricket, ICC launched the World Test Championship 2021 (WTC 2021), like ODI World Cup & the World Twenty20. Like other major tournaments held by ICC, WTC is also played like a League system. It is the premier championship for Test cricket. This will be the pinnacle tournament for cricket among all formats.  The 1st version of  WTC was played between 2019-2021. The inaugural holder of the WTC trophy is New Zealand. The final match played at The Rose Bowl, England. As of ICC Test ranking, the top 9 teams played the ICC WTC 2021. Final played between INDIA and NEW ZEALAND. Rain washed most of the time of the final match and on the reserve day, New Zealand lifted the trophy of  WTC 2021. Marnus Labuschange of AUSTRALIA & Ravichandran Ashwin of INDIA is the most successful batsman and bowler respectively with 1675 runs and 71 wickets.