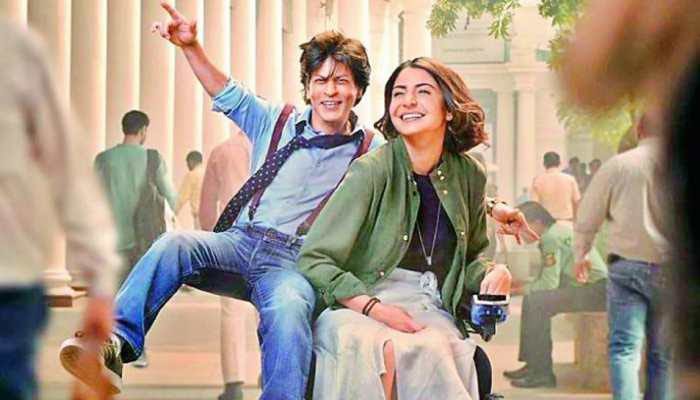 Panned by critics for poor storytelling and listed as one of 2018’s biggest box office failures, Shah Rukh Khan’s Zero was barely anything to write home about till its television premiere earlier this year. Data from BARC (Broadcast Audience Research Council) shows that the film debuted with 9.2 million impressions in July, pushing broadcaster Zee Cinema to the top rank in the Hindi movie category that week. It was also the second highest watched film in the Hindi movie genre on a paid platform for a subsequent airing in the first week of August with 3.9 million impressions.

Impressions refer to the number of individuals in thousands of a target audience who viewed an event, averaged across minutes. BARC is the country’s TV monitoring agency.

The Zee network that owns satellite rights to the Aanand L.Rai directed film, said it has done better than hits like Padmaavat, Sanju, Baaghi 2, Stree, Raid, Sonu Ki Titu Ki Sweety and Badhaai Ho on television, and with good reason.

“When it released in theatres, the Mars mission angle in the film was a suspense for audiences, but here we totally played it up during marketing. Satellite television always has that leeway where we can open up the story more during promotions than during theatrical marketing, it’s the nature of the game,” Tiwari said. He also credited the success of the film to the inherent nature of the TV-viewing audience in India.

“ Theatres are frequented more by the youth and urban dwellers. There are large masses in the country which don’t go to the theatre by habit, understandably so, because of the effort involved and TV is their first platform for viewing content,” Tiwari said.

The problem with large-scale films like Zero also is that a lot of people trust the negative word-of-mouth, especially on social media during theatrical release, which further translates into box office collections. A lot of these people may watch these movies later and realize they weren’t as bad as they were made out to be. Navin Khemka, CEO, MediaCom, South Asia, called it a basic case of wanting to watch unique content at home for free and re-watching it if it resonates with you.

“The film spoke to the entire country in its own language and when people saw the promotions, it didn’t seem like a complicated film but a straight-from-the-heart, emotional story. It was anyway unique to see him here visually (he plays a vertically challenged man) but who doesn’t want to watch a Shah Rukh Khan film that comes once a year?” Tiwari said.

Rohan Lavsi, business head, Colors Cineplex (the film channel of Viacom18) said television has always had a slightly different audience set versus movie theatres and that difference has only been widened over the last few years with the growth of multiplexes. Theatre-goers have started experimenting with and liking more differentiated storytelling while TV audiences still prefer traditional content, more massy and family entertainers over serious narratives.

Apart from Zero, kids’ film Junglee, action thriller Genius and romantic drama Loveyatri are some recent box office failures that have found acceptance on television. On the other hand, hits like Gully Boy, Andhadhun, Gold, Pink and Uri: The Surgical Strike have not replicated their box office charm on the small screen.

“The upper end of the viewer spectrum is not watching TV today, some of them have cut the cord or are hooked on to other mediums. While a lot of film content is now available on streaming platforms, that base is very small and there is no impact on TV ratings. But more than ratings, what is important is sustenance—you don’t spend that kind of money just to get the first premiere rating. The larger test of a title is in its ability to generate numbers on repeat viewing,” said Neeraj Vyas, senior vice-president and business head, Sony Max cluster, Sony Pictures Network.