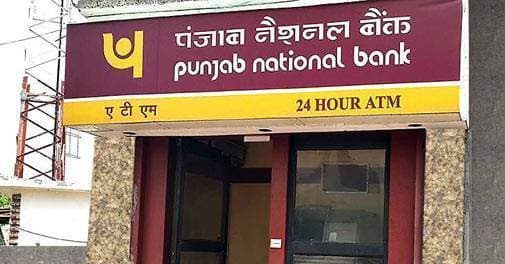 With finance minister Nirmala Sitharaman announcing the consolidation of 10 public sector banks (PSBs) into 4, India’s PSB count has come down from 27 in 2017 to 12. The move is aimed at creating a robust banking system with global reach. “The mergers should help create stronger institutions thereby leading to efficiencies of scale and stronger balance sheets. It will help rationalize costs across many areas including branches, people, technology etc. Customers should be able to get better service and better product suite and the best of all the merged entities. The Banking sector as a whole will get strengthened due to obvious efficiencies and will lead to enhanced productivity and better results thereby leading to better lending too,” said Surinder Chawla, head retail liabilities and wealth management, RBL Bank.

Sameer Narang, chief economist, Bank of Baroda (BoB), agrees that this can be a great move for the banks as well as customers. “For BoB post the merger, there are more customers, so we are working on integration now. Interoperability of services have been offered so now customers can walk into any of the branch and avail all services. There is no change in FD rates for any of the customers,” he said. BoB was merged with Vijaya Bank and Dena Bank earlier this year.

If you are a customer of one or more of the banks being merged, the mergers can have a few significant implications for you, but there is no need to panic. “There is no need for any immediate action for account holders in any of these banks. However over a period of time, you will need to track how the integration changes impact your account number and possibly some of the automated instructions that you have set up like for payments of utility bills, loans, SIPs, etc., so that they are not impacted, as well as the validity of your existing cheque leaves,” said Vishal Dhawan, founder, Plan Ahead Wealth Advisors.

According to Adhil Shetty, chief executive officer, BankBazaar, there will be a number of changes that customers will have to be prepared for. “To start with, the account number and customer IDs, as well as the associated IFSC codes may change. If you have accounts with more than one bank, then the two accounts may be allotted a single customer ID. So, while you may not need to do the KYC all over again, you still need to make sure that your email ID and mobile number is updated with the bank so that you do not miss any official intimations on allotment of new accounts,” he said.

But all of this will take time to play out. “For borrowers, locker holders and card holders nothing changes immediately. The changes will happen when the IT systems get integrated which should take about 18-24 months,” said Narang.

If you are a borrower, you don’t need to worry about your interest rates going up following a merger. Like fixed deposits, loans qualify as contracts, so your interest rate will remain unchanged. Your loan will simply be transferred to the merged entity and you will continue to pay EMIs as usual. If one of the merging banks offers repo rate-linked loans, as Oriental Bank of Commerce does, customers might wonder whether the merged entity will also do so. While there is no clarity on this yet, it might not matter. “All banks will eventually have to link their loan rates with the repo rate because the RBI is encouraging banks to do this,” said Narang.

Sitharaman stressed that these mergers are aimed at incorporating the best practices of all the individual banks in the merged entity. She added that this would also give them wider branch networks. But there might also be some branch rationalization in the long term “More than one of the merging entities may have branches in the vicinity. So chances are that one or more of those would be shut,” said Shetty.

But according to Shweta Jain, CEO and founder, Investography Pvt. Ltd, customers needn’t get too fretful. “They shouldn’t worry too much as it would not impact day to day workings of the banks. Usually people are not changed immediately and hence their relationships with the banks will not be impacted immediately,” she said.

While there might be some shifts and changes for customers to contend with in the short term, the mergers are aimed at providing a consolidated and strengthened PSB network in the country. The improved reach and stability this promises to give the merged entities can be beneficial for customers going forward.