WB Elections : A Win-Win for Mamta

WB Elections : A Win-Win for Mamta 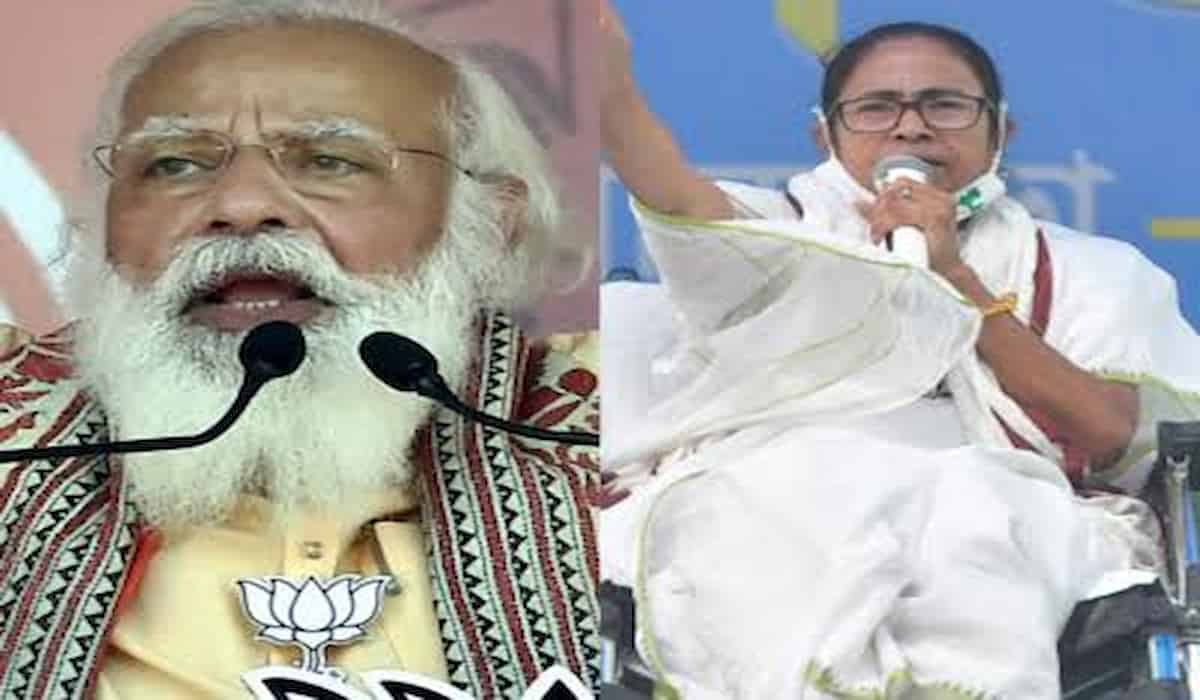 The high voltage assembly polls at Nandigram, at Bengal’s East Medinipore district may be over. But the ‘Battle for Nandihgram’ is far from over. Bengal’s incumbent chief minister and Trinamul Congress supremo Mamata Bandyopadhyay and her protégé and one time Man Friday, who is now BJP’s poster boy in the state, Suvendu Adhikari, have taken on each other head on, in arguably the most crucial electoral battle, this time round. Nandigram went to polls on Thursday and it got over with more than 81 per cent voters’ turn-out and with both the warring camps exuberating confidence over victory.

Whoever wins at Nandigram, the battle of Nandigram will have far reaching fall-outs. There can more options than one. Option 1: Mamata Banerjee wins over Adhikari and her party also manages to retain Bengal. In that case Adhikari and other turncoats in BJP will be cornered and old war horses within the Saffron Brigade will overpower them, by all means. Party topbrass’ decision to depend so heavily on the old TMC hats and TMC-rejects will be questioned. Option 2: Mamata Banerjee defeats Adhikari at Nandigram, but her party suffers defeat Bengal. Then Mamata will get an opportunity to rebuild her party onceagain as a street fighter and as opposition leader. And Banerjee, many think, is much better as a street fighter and opposition leader than anything else. Option 3: Both Mamata and her party suffer electoral reverses. That will be worst scenario from the TMC’s perspectives. Option 4: Mamata is defeated at Nandigram and her party somehow crosses the magic figure (147 seats). In such an eventuality, it will be extremely difficult and almost impossible to keep the partymen united and let the party (TMC) survive. Mamata’s party is most likely to collapse, in such a case.

Besides these broad consequences in the state politics, there will be a much larger national political fall-out in the waiting in case of Option 1, that is, if Mamata wins Nandigram and her party comes back to power for the third time in a row. Mamata will certainly emerge as the strongest and the most serious challenger to Mo-Sha’s leadership, nationally. This time round, Modi-Shah-duo did more than the most they could have done—from breaking the TMC, re-initiating ED, CBI cases against TMC leaders, campaigning the longest ever time to keeping more than a dozen union ministers camped in the state, fielding union ministers and MPs at assembly polls and ensuring largest ever deployment of central forces during the polls, to mention a few.

The Saffron Brigade followed the Assam and more particularly the Tripura model to wrest Bengal from Mamata Banerjee- depending heavily, if not solely, on the turncoats and breakaway individuals and groups from political opponents. But Tripura is smaller than even some of the bigger cities of Bengal. Therefore, what was possible in the neighbouring state may not be possible here. And stormy petrel Mamata Banerjee is the last person to give in an inch without a fight. BJP’s much-hyped confidence over winning Bengal may well be just a ‘mind game’. Quite like cricket, politics and electoral battle is a game of glorious uncertainties, where nothing can be predicted until the last ball is bowled.’