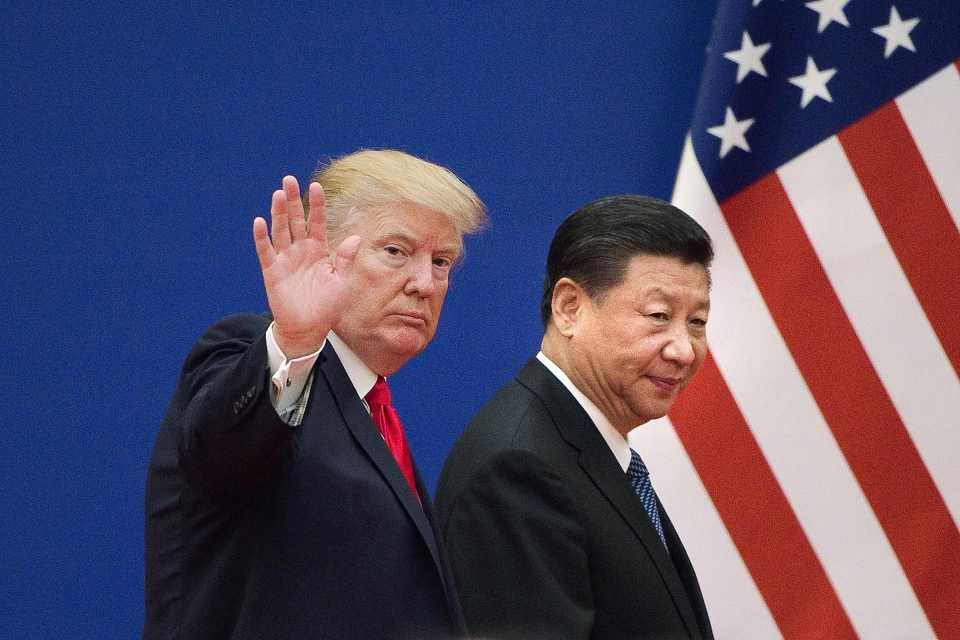 “China called last night our trade people and said let’s get back to the table,” Trump said on the sidelines of the Group of 7 meeting in Biarritz, France. “They understand how life works.”

The president said the US would accept the Chinese invitation and return to the negotiations. Earlier, China’s top trade negotiator, Vice Premier Liu He, had used an appearance in China to call for a de-escalation in tensions.

“We are willing to solve the problem through consultation and cooperation with a calm attitude,” Liu said at the opening ceremony of 2019 Smart China Expo in Chongqing, Caixin reported on Monday. “We firmly oppose the escalation of the trade war,” he said, adding that it “is not conducive to China, the US and the interests of people all over the world.”

The world’s two largest economies traded further blows over the weekend, with Beijing’s retaliation on an earlier tariff increase by the US meeting yet another increase from Trump, who said that existing 25% tariffs on some $250 billion in imports from China would rise to 30% come 1 October, the 70th anniversary of the founding of the People’s Republic. Economists are warning that a global recession could result from the spiral of trade measures.

China welcomes all foreign investors, including those from the US, Liu said, adding that policy makers will keep building a favorable environment and protecting property rights. He stressed that China has ample macro-policy tools to ensure the country’s economic fundamentals have “good momentum.”

S&P 500 futures stabilized after Liu’s comments and a stronger-than-anticipated yuan fixing suggested that traders don’t need to worry about an immediate counterpunch from China after a tumultuous weekend. China on Friday threatened to impose more tariffs on $75 billion of American goods, prompting President Donald Trump to announce even higher tariffs on Chinese goods and call for American companies to pull out of Asia’s largest economy.

Liu spoke an event focused on high-tech industries such as big data, artificial intelligence, semi-conductors and 5G. He said China opposes technology blockades and protectionism, and is trying hard to maintain the completeness of supply chains.

On Friday, Trump said existing 25% tariffs on some $250 billion in imports from China would rise to 30% come 1 October, the 70th anniversary of the founding of the People’s Republic of China. Planned 10% tariffs on a further $300 billion in Chinese goods will be taxed at 15% instead of 10% starting with the first tranche on 1 September.

China will follow through with retaliatory measures announced Friday and fight the trade war to the end, after the US failed to keep its promises, the Communist Party flagship newspaper People’s Daily wrote in a Saturday editorial. Later, the Editor-in-Chief of the nationalist Global Times, Hu Xijin, said on Twitter that the US is “starting to lose China.”

China has ‘lost’ the US already: all-round high tariffs, Huawei ban, political hostility, Hong Kong, Taiwan… We’re facing a completely different United States. We have nothing more to lose, while the US is just starting to lose China.

Taoran Notes, a blog run by the state Economic Daily, said Monday that Liu’s remarks showed that China is not being “taken hostage by emotions.” At the same time, the blog said that this stance didn’t preclude fighting back.

“If someone continues to misread China’s rational and calm attitude, and holds the illusion that they can continue maximum pressure and China won’t fight back, then China has no other option but to retaliate as in the past.”