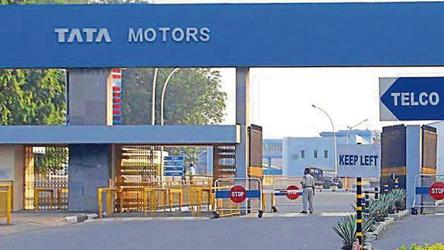 Industries in and around Jamshedpur– particularly in Adityapur Industrial Area (AIA) housing auto ancillaries – are facing tough time with series of block closures in Tata Motors from past month because of market slowdown. So much so that about 30 steel sector companies were on the verge of closing down while about a dozen downed their shutters from Thursday.

Hit with recession in the automobile sector, Tata Motors has gone for block closure for the fourth time since last month – this time from Thursday to Saturday, besides Sunday being a holiday. The company has also opted for separation of 12 days (asked to sit in house) for over 1000 Y-6 (temporary) workers. Permanent employees will rejoin duty on August 5 whereas Y-6 workers have been asked to rejoin on August 12.

Tata Motors had to take series of block closures due to sluggish market demands. There was production for only 15 days per month for the last two months. Union sources said the company has orders for only a week’s production in August. This has resulted in limited work in about 1000 auto-ancillaries dependent on Tata Motors in AIA.

On the other hand, the ‘exorbitant’ power tariff hike has hit the steel sectors with induction furnaces – where electricity is an essential raw material – resulting in the closure of about 30 companies. In fact, over a dozen such companies have started downing shutters from Thursday.