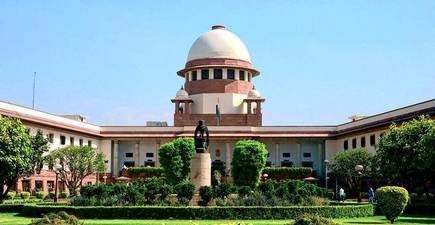 Supreme Court on Friday issued a notice to the Centre while hearing a PIL against the Unlawful Activities (Prevention) Amendment Act, 2019 (UAPA). The petition seeks to declare the amended UAPA law unconstitutional.

CJI Ranjan Gogoi has said the court will examine the matter.

The PIL against UAPA has been filed by Sajal Awasthi who has said that the Act curtails a citizen’s right to dissent. It provides no opportunity to a person declared a ‘terrorist’ to justify his case before the arrest. Such an act violates the basic tenants of the Constitution, the petitioner has said.

“The new or amended Section 35 of the UAPA Act, 1967 empowers the Central government to categorise any individual as a terrorist and add the name of such a person in Schedule 4 of the Act. Conferring of such a discretionary, unfettered and unbound powers upon the Central government is antithesis to Article 14 of the Constitution of India,” Sajal Awasthi’s petition stated.

It added that the UAPA, 2019 “does not afford an opportunity to an individual, being categorised as a terrorist, to present his/her case and let such individuals live on the whim and caprice of the society thereinafter.”

The Supreme Court bench was also hearing a PIL filed by an NGO against the UAPA Act. The plea challenges the constitutional validity of Section 35 and Section 36 of the UAPA that paved the way for the government to notify an individual as a terrorist.

This was a month after the Parliament cleared crucial amendments to the The Unlawful Activities (Prevention) Amendment Act, 1967 last month.

Earlier, Bihar MLA Anant Singh was also booked under the UAPA following the recovery of an AK 47 rifle and some hand grenades from his ancestral house.

He was arrested after an audio went viral wherein the Mokama MLA is heard holding conversations for making a bid on the life of Bhola Singh, another strongman from Mokama, who is a contractor by profession.