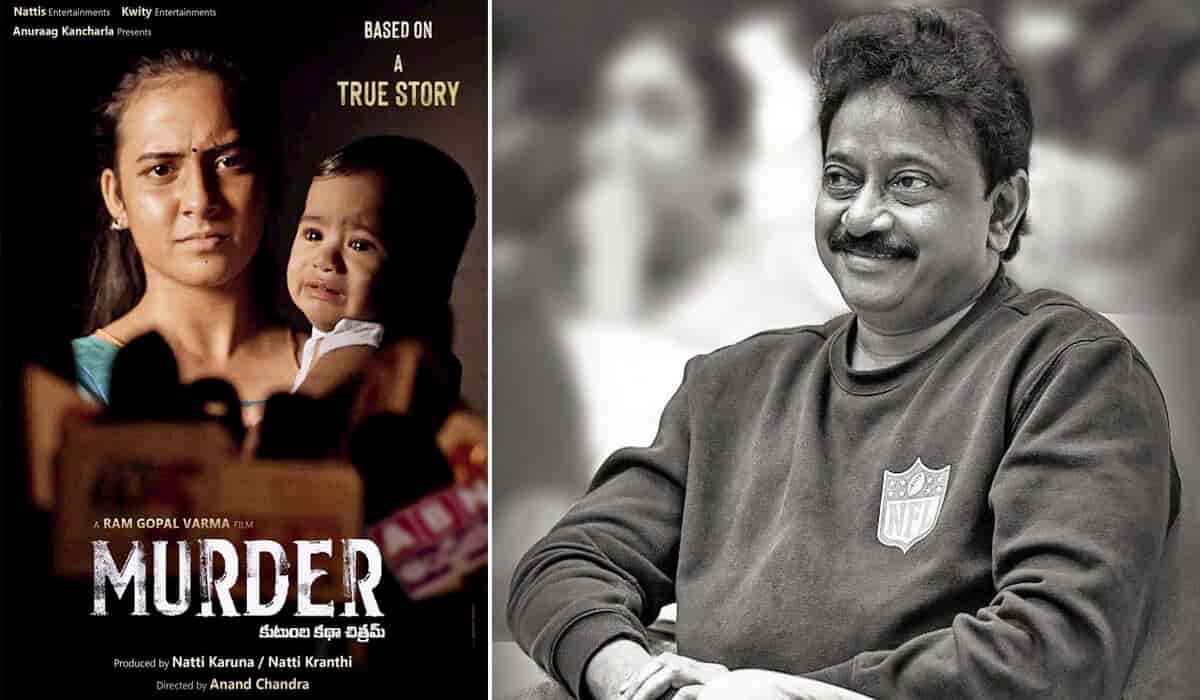 Ram Gopal Varma made three consecutive tweets through his official Twitter account. Through which he has presented his clarification regarding the matter. In his first tweet, Ram Gopal Varma wrote, ‘With regard to media speculations on the case filed on my film MURDER ,I once again want to reiterate that my film is based and inspired from a true incident and it is not the truth ..Also there’s no mention of anyone’s caste in the film

After this, in the next tweet, Ram Gopal Varma wrote, ‘In relation to the case filed on the basis of unrelated speculation, our lawyers will give the appropriate and legally necessary reply’. Along with all these tweets, he has also shared the poster of the film.

It is worth mentioning that Ram Gopal Varma’s film titled ‘Murder’ was announced on the occasion of Father’s Day. He also shared posters of the film with it. After seeing this, Balaswamy, the father of the slain youth, filed an appeal against this in the SC-ST Atrocity Prevention Court of Nalgonda.

Balaswamy says that this case is currently in court, so this film will affect the case. After which, on the court’s order, the city police has registered a case against the film’s director Ram Gopal Varma and producer Natty Karuna.