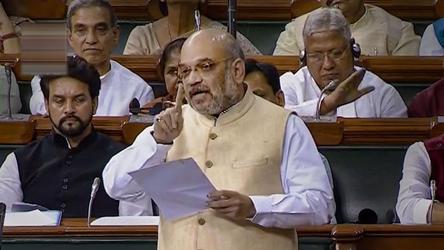 A law to tighten the country’s lead anti-terror law and empower the government to designate individuals as terrorists has been cleared by the Lok Sabha on Wednesday. The lower house’s vote came minutes after Home Minister Amit Shah put up a strong defence of the government’s proposal, arguing that terrorists such as Indian Mujahideen’s Yasin Bhatkal, who stayed under the radar for years, would have been caught much earlier if they had been designated as terrorists.

“It would have been possible to track them down before he carried out 11 explosions”, Shah said. The Congress, which had demanded that the bill be referred to a standing committee for scrutiny, walked out when the government did not relent, insisting that the changes needed to be carried out urgently to check terrorism. “If vote bank is stopping the Opposition and that’s why, they are walking out, then so be it,” Shah said as many opposition leaders walked out.