Netaji or Actor who Played Him?

Netaji or Actor who Played Him? 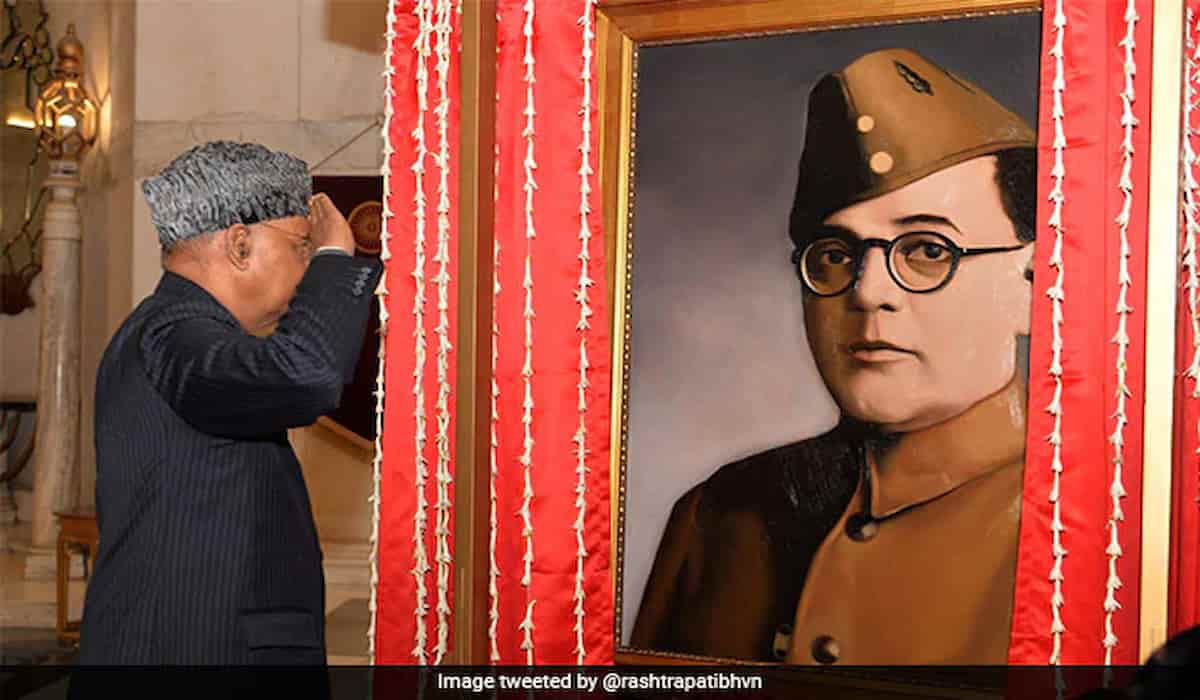 If the posts on social media made by various digniteries are to be believed, the President of India, at Rashtrapati Bhavan has unveiled a portrait of the actor Prosenjit Chatterjee, who played Netaji in the 2019 biopic “Gumnami” instead of the real portrait.

President Ram Nath Kovind unveiled Netaji’s portrait on Saturday to mark his birth anniversary, named “Parakram Diwas” by the Centre. A post on his timeline has gone viral with users saying the portrait is not that of Netaji at all, that it is actually of Prosenjit Chatterjee, who played Netaji in the 2019 biopic “Gumnami”.

However, the sources from BJP have rubbished the charge, asserting that the photo was provided by Netaji’s family to Padma Shri award winning artist Paresh Maity, who has painted the portrait, claiming that the photo does not resemble Prosenjit at all.

It is not clear yet which member or which branch of the family provided the photo. Paresh Maity, 56, is from Bengal’s East Midnapore district and currently lives in Delhi.

Among those who ridiculed the portrait was Trinamool Congress MP Mahua Moitra, who tweeted: “After donating ₹ 5 lakhs to the Ram temple the President honours Netaji by unveiling a portrait of Prasenjit, the actor who played him in biopic God Save India (because this government certainly can’t).” She has now deleted the tweet.

The claim that Prosenjit Chatterjee’s portrait is up as Netaji’s at Rashtrapati Bhavan has inspired several memes and jokes on Twitter, with people calling for the inauguration of a portrait of Ben Kingsley as Mahatma Gandhi and Vivek Oberoi as Narendra Modi.