Nandigram to Decide Future of Bengal

Nandigram to Decide Future of Bengal 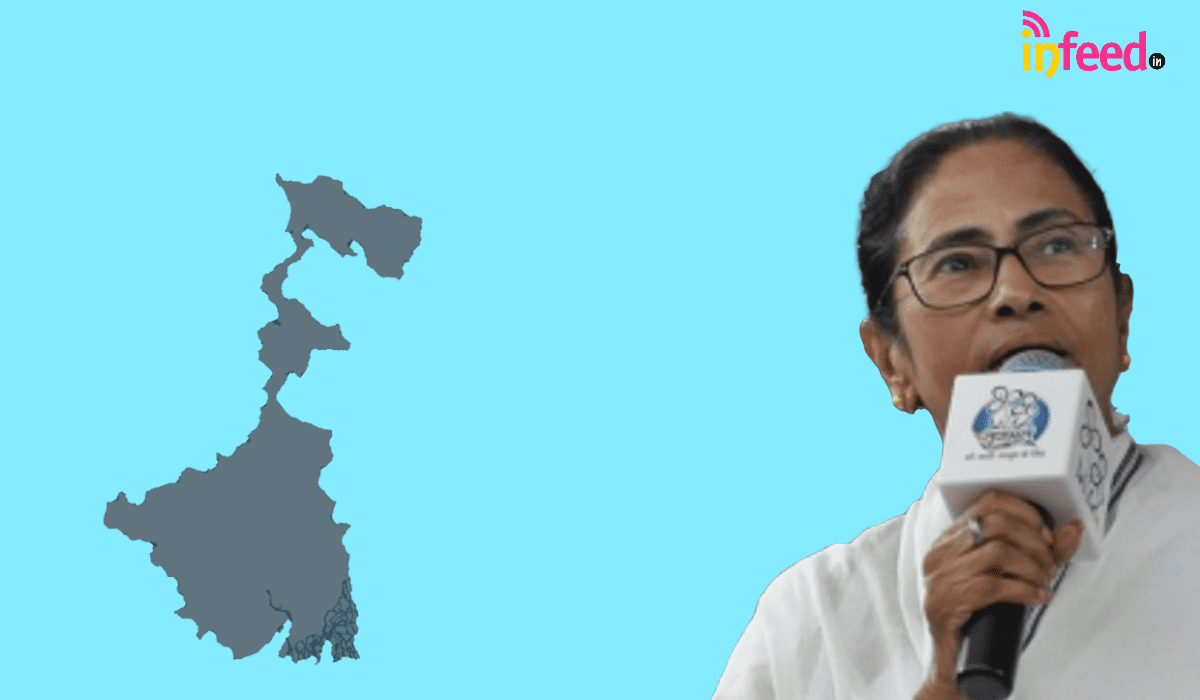 Year 2011 was certainly a defining moment in the annals of Bengal politics, when a breakaway outfit of Indian National Congress led by Mamata Banerjee triumphed over the well-oiled machinery of the 34-year old, perceived to be almost invincible Left rule in the state. The ‘Battle of Nandigram’ (as many would like to call it) over the farmland along with that of Singur (where a similar battle was fought over forceful acquisition attempts of farmland for Tata’s Nano project) actually kicked off the whole process of toppling of the one of the few surviving Left bastions. Ten years down the road, it is the same Nandigram, which is turning out to be another defining battle ground- an acid test both for the incumbent Mamata Banerjee government and its new challenger- Bharatiya Janata Party (BJP), the ruling party at the Centre.

If things move the way it has been envisaged so far, Bengal chief minister and TMC supremo- Mamata Banerjee will take on her erstwhile protégé and now state BJP’s unofficial face- Suvendu Adhikari, a leader who was hardly known before the first battle of Nandigram. BJP had played similar tricks in several other states, including neighboring Assam, earlier also. Mind you that, this time round, Mo-Shah’s party is desperate to win over Bengal from Mamata, one of too few serious challengers to their authority at this moment.

No one would have taken the Bengal unit of the BJP seriously till the poll outcome of the 2019 Lok Sabha, when it won 18 of the 42 seats in the state. TMC was still the single largest party with 22 seats. Since then the BJP has been breaking Mamata’s party in a carefully planned manner. However, so far it hasn’t gone anywhere close to its much hyped milestone of luring in nearly 100 MLAs from the Mamata-camp. Only two ministers and a handful of MPs and MLAs have switched camps so far. The Saffron Brigade, has actually gone overboard, wresting Bengal, by way of wooing leaders from the opposition camp (against most of whom they had been launching tirades till the other days on charges of corruption and others), roping in personalities from the film and entertainment fraternity, making a dozen of union ministers, central leaders including the party president camp in the state and so on and so forth. In the process, they have only driven home the point that the party still does not have a face in the state from within its fold. It went to the extent of fielding some monastic member of the Rama Krishna Math & Mission order, or someone from Bhartat Sevashram Sangha or even the former Indian skipper Saurav Ganguly. But those were to no avail. The latest in the fray seems to be Bollywood super star of yesteryears- Mithun Chackraborty, who had been a radical Leftist (naxalite), then CPIM, then TMC Rajya Sabha MP. Recently RSS chief Mohan Bhagwat paid a visit to the former TMC MP and he is likely to attend Prime Minister Narendra Modi’s much-hyped rally at the Brigade Parade Ground on Sunday as the show stopper. Given the strong propaganda machinery they have, the party has been trying to build a perception as if they have already come to power in the state.

True, Mamata government would have to face a somewhat strong anti-incumbency wave. Besides, cases of some stalwarts deserting the party would certainly leave some impact. Other factors going against Mamata would be the never-ending Modi-euphoria, religious polarization, Mamata having been branded as an anti-Hintu and pro-Muslim leader and several yet-to-be-proved charges of corruption, mostly against her nephew and party MP-Abhishek Banerjee.

But what many people tend to forget or overlook is the fact that in the last Lok Sabha polls, the Red Brigade had transferred their votes to the Saffron Brigade, to a large extent, just to teach TMC a lesson and seeing no chance of their own. This time round, they are dead serious, particularly in the wake of the newly formed alliance with Congress and Indian Secular Front. So that percentage is likely to come out of the BJP’s ballot box. Then there is a large section within the Rightists- mostly party hardliners and puritans, who are not quite liking the indiscriminate influx of not-so-good faces from the TMC. Also, apart from making verbal tirades against ‘Aunt-nephew’ (Pisi-Bhaipo), the Saffron topbrass or TMC-turned-BJP mandarins are yet to come up with anything positive in their campaigns.

The outcome at Nandigram is going to be crucial and defining either way. If Mamata wins, defeating Adhikari on his home turf, latter’s importance within the BJP will be hit hard and BJP’s dream of winning more hearts from within the TMC ranks in the post poll scenario will get a severe jolt. And if the stormy petrel of TMC, somehow, suffers electoral reverse in the hands of Nandigram’s ‘Bhoomiputra’, then there will be every possibility that the leadership will fall like nine-pins and the party will collapse. And if for some reason, Adhikari chooses not to contest from Nandigram, Mamata will have a first round victory.

All eyes on Nandigram, therefore.