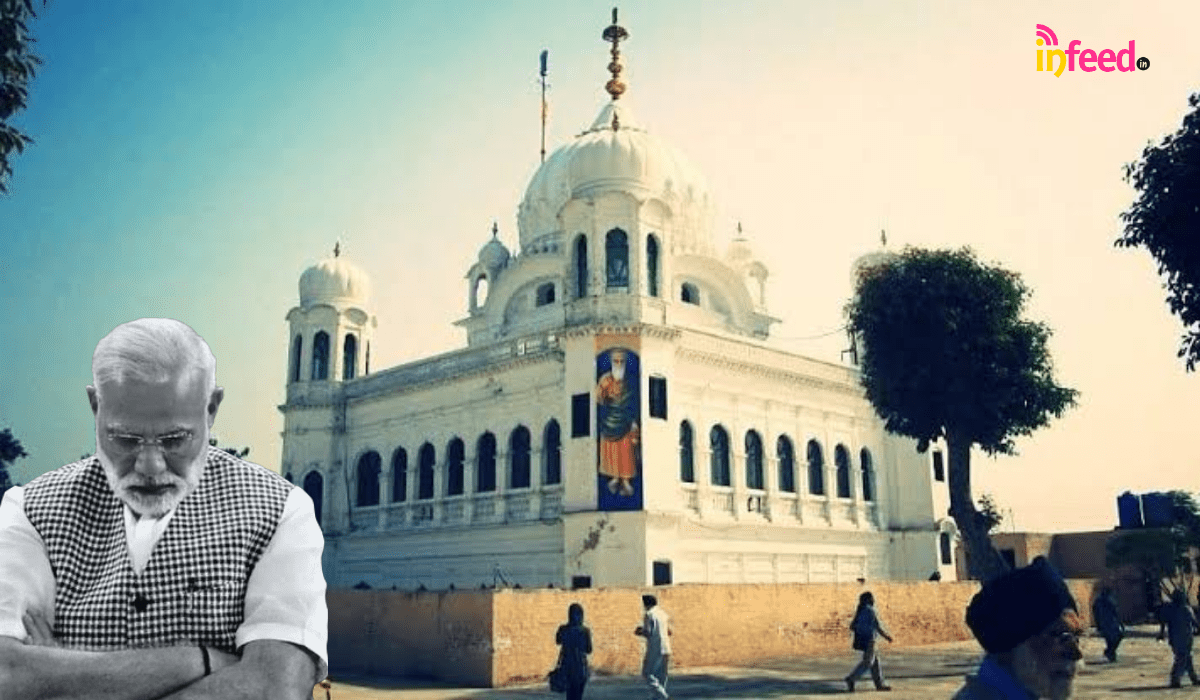 Despite India’s objection, Pakistan has opened the Kartarpur Corridor after a gap of 104 days. About 60 devotees from Pakistan reached the holy place on 29 July, however no one reached there from India. India has shut down the way on account of Corona pandemic.

Before the start of the corridor, according to the treaty between India and Pakistan, it was decided that in emergency situations, the corridor may be closed and will be re-opened only after secretary level talk, which has to be intimated atleast seven days prior.

However, Pakistan broke the treaty and single handedly declared on 27th June to open the Kartarpur Corridor on 29th June. Pakistan not only turned down the objection raised by India, but didn’t even care to reply to this.

The corridor was started on November 2019 on account of 550th anniversary of Guru Nanak Sahib. Let us remind you that PM Modi had termed the event historic by comparing the opening of corridor with the fall of wall of Germany.

This event is not only being considered as diplomatic but a political failure of BJP as well. Punjab BJP has been time and again quoting the opening of Kartarpur Corridor as the masterstroke by Narendra Modi in front of its allied partner Shiromani Akali Dal. But the opening of corridor by Pakistan has deteriorated its image in political attire. The Sikh extremists have started raising the demand from across the world on social media platforms to open the corridor from its side.

The arrests that took place in past few days have raised the eye-brows of the security forces too.. It has been come to light that Pakistan is using Punjab ground for planning its activities in Jammu and Kashmir which include providing armour to its sleeper cells in Kashmir. Now Pakistan has asked for support from China as well and in return has favoured China over the Ladakh issue. It shall not be considered as just a co-incidence that opening of corridor from Pakistan side is being welcomed by Sikh for Justice leader Gurpatvant Singh Pannu.