Migration of Laborers : Not Easy to Return Home

Migration of Laborers : Not Easy to Return Home 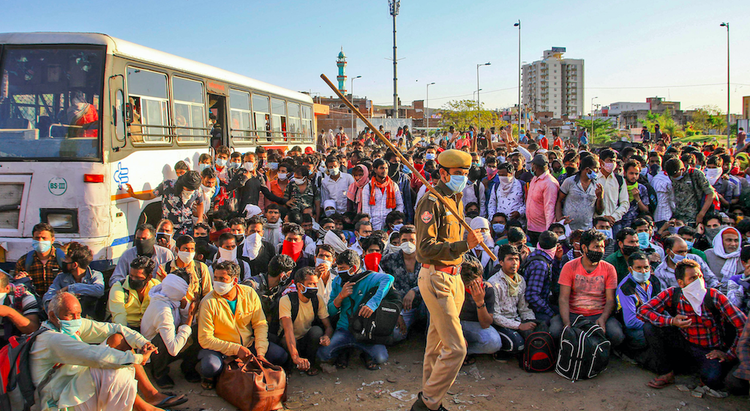 Although the Union Government has got the go-ahead for the return of the trapped laborers in different states of the country, but now the migration of these laborers has become a big challenge for the states. In Corona’s tragedy, all the necessary arrangements, including registration of workers, arranging of vehicles and screening before going home, have become a headache for governments. The biggest problem is to follow social distancing in such situations, for which all the states are busy brainstorming with the authorities.

Bihar Deputy Chief Minister Sushil Kumar Modi on Thursday demanded from the Center to arrange special trains to bring back the trapped laborers in different states. Modi has expressed his inability to the central government that states like Bihar are not able to bring home their 27 lakh laborers from the states of Maharashtra and South India.

On the other hand, Principal Secretary of Health Sanjay Kumar of Bihar has also accepted that if the workers return to the state, they can be screened. However, it is not clear yet how much arrangements will have to be made to keep the returning workers in quarantine.

UP government’s plan
According to a senior UP government official, orders have been given to keep people coming back from a corona affected state of the country in a mandatory 14-day quarantine. However, the plan has not yet been implemented to bring migrant laborers. The government is preparing that we either receive such laborers from our state borders or they can be brought back by transporting the buses of the Transport Corporation to different states.

Do not leave district without DM’s permission in Maharashtra
The Government of Maharashtra has also issued a detailed guideline on Thursday giving information about the rules of interstate movement. The Uddhav government has ordered that a person living in the state will not be able to go out of his districts without the order of the District Collector. Apart from this, entry will not be allowed in any districts without the permission of the Collector.