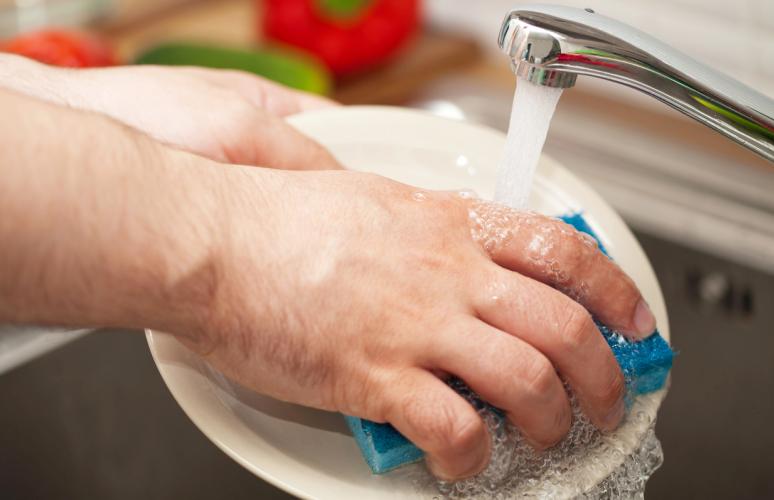 Habits and buying behaviors of consumers keep on changing with times and create an impact on spending and consumption patterns also.  The impact of these changes is being felt by the products and services being used by the consumers. Businesses keep a close eye on these changes to modify their offerings as per the changed of the consumers. COVID-19 outbreak and subsequent lockdowns across the country and world has its impact on consumer behavior across the world. It has led to a recalibration of consumers buying and consumption patterns. Some of the trends which are emerging from this changed patterns are forcing brands and companies to rethink their strategies to remain a favourite for their set of consumers.  This article deals with 5 of the key changes in habits and behavior of the Indian consumers and their possible impacts on brands and companies.

This is the most talked-about habit in today’s scenario where the movement of people has been restricted under various intensities of lockdown announced across the countries in the World. While most of the reports by different research bodies indicating a surge in online shopping, the pattern emerging from India is much different. A study by Nielsen suggested that countries like France and Italy have registered more than 80% growth in FMCG sales online. In mainland china also, home quarantine has cultivated the habit of online shopping. But in the case of India, these numbers are still much lower as tradition retail has been much stronger in India. Before the start of the epidemic, Indian e-commerce was estimated to touch 7% of market share for essentials like food and grocery segment. While organized retail was expected to have 18% share and balance 75% was estimated to be with unorganized local shops. During lockdown in India, both the channels –eCommerce and modern retail fail to serve the consumers. Besides reasons originating from restrictions, one of the key reason for the disappointment was the failure of their supply and delivery mechanism during most difficult times. Only small neighbourhood shops stood with their consumers despite all the risk on their health and continued supplying food and grocery items during the lockdown. This led to new confidence and respect for these small grocery shops popularly known as Kirana stores. The behavior shown by consumers towards shopping from these small shops is now getting into a pattern where even after post lockdown, they will prefer to buy their essentials from these localized shops only. The very USP of modern retail of “feel and touch” might play a deterrent for consumers to visit these stores post lockdown as they would not like to touch a product which is being touched by many others. Besides that, the social distancing norms will also not encourage these consumers to visit malls and these stores.

Although due to manpower and delivery issues, e-commerce platforms could not serve the consumers properly during the lockdown, still everything is not lost for them. They will remain an important player in the retail segment, although now they need to collaborate more closely with these small shops rather compete with them to ensure last-mile delivery and service to their customers. With Reliance Jio partnering with Facebook and Jio mart becoming active in the retail segment, O2O (online to offline) model will be more prominent where consumers will browse products online but will purchase offline. This web rooming behaviour of consumers will motivate brands and companies to use e-commerce platforms as communication and promotion medium to induce trials while purchase will happen offline from a nearby shop.

Another change in habit of Indian consumers which has been noticed is in the form of pantry buying where they have been purchasing the items in bulk as they were not sure of the availability of the products later. This pattern will force companies to rethink over their sku planning and making a balance between small sku size and large sku size.

One more habit which has gone for the change for most of the consumers is buying packaged goods only to mitigate the risk of being touched by many. It is happening in groceries and staples both. This pattern would give rise to the emergence of scores of localized brands and private labels.

Lockdown has not only has its impact on consumers but shopkeepers also. Now they have started working on home delivery option and working closely with Resident Welfare Associations of housing societies to ensure supplies of groceries and other essential items to consumers at their society gates.

Three key patterns which are emerging form change in habit of buying essentials are shopping at local grocery outlets, buying in bulk and preference for packaged food items.

With the closure of salons, consumers are finding it difficult to make their hairs. Problem us more critical for people who were in the habit of colouring their hairs on regular intervals. Nielsen recently reported that there has been an increase of 20% in sales of hair colour kits worldwide which people use to colour on their own. It signals the rise in incidence where consumers are trying to colour their hairs at home. This gives rise to two pattern –either people will change their hairstyles which will require fewer numbers of the visit to saloon post lockdown or there will be the need for some machine which can make hairs easily at home. Some start-up might start working on this idea to help numbers of consumers who will like to avoid visiting saloon. Another trend might be disposable hair cutting tool kit which can be used and throw at saloons to reduce the fear of consumers. But there is on a noticeable change in habit of consumers which has been witnessed is the use of sanitizers and hand-wash products more frequently and it is going to give exponential rise to the demand for such products.

Post lockdown, people will avoid travelling on public transport. Even many organisations in their advisories to their employees have asked them not to travel in a public mode of transport. This scenario will lead to a situation where people will prefer to use their own vehicle to go to their work or to drop the kids in schools etc.

In India, only 22 people out of 1000 own a car as per a report of Economic times (Dec 12, 2018). Everyone will not be in a position to buy a new car but the demand for small budget cars will increase. Even carpooling among known will also see a spike. Last published data suggest that India has 3.7 crores bikes, which is more affordable in comparison to cars and requires less maintenance cost. It gives rises to the assumption that demand for bikes will increase post lockdown. Even for long-distance travel also, people will prefer to use their own vehicle while avoiding the means of trains and long-distance buses.

This change in habit of the consumer will impact taxi business badly and companies like Ola and Uber would have to redesign their strategies to attract consumers not only in India but worldwide.

Covid-19 and lockdown are going to have a direct impact on the eating habits of the consumers. Long stay at home has made people learn how to prepare food at home. A study says that in mainland China, 86% of respondent said that they would eat at home more often than before the outbreak of corona. In Hong Kong also,77% of consumers are planning to eat at home while in countries like South Korea, Malaysia and Vietnam 66% of consumers were looking to eat at home only even after the restriction are lifted.

Most of the Indian consumers in cities and metros who were in the habit of eating out frequently in restaurant and hotels would now avoid to visit these places and will prefer the food at home only. This change in habit will have a direct impact on the business of restaurant, hotels and start-ups like Swiggy and Zomato. While on the positive side the demand for items related to cooking food will increase and seeing the taste of Indian consumers demand of cooking oil is expected to reach new levels. It will give rise to the demand for microwave, mixer grinders, roti makers and many more items which will ease the very process of cooking at home.

On social and cultural factors, Indians are both very social and emotional and believes in relationship and values. For an average Indian consumer, visiting neighbours, relatives, multiplex, malls and religious places during weekends used to be on agenda to spend time.  But now in post COVID scenario, the thing will not be the same as going out of the home will be minimal and in case of urgencies only.  Consumers will look for new sources of entertainment. They are and will be exploring newer options besides browsing various TV Channels to entertain themselves. OTT platforms will be a good choice to have a wide variety of content available to browse and watch. So far these platforms were more popular in urban cities where almost 50% of their subscriber’s base was from top 5 metropolitan cities only. While subscription in tier-2 and tier-3 cities was restricted to few households, but now it is expected to see a huge surge in demand for such kind of online content platforms. A recent report says that within 5 weeks of lockdown these platforms have seen a growth of 82% in a subscription which proves the assumption. Another change inhabits would be to watch religious content more often. State-owned Doordarshan has already tested with the idea to re-telecast “Ramayana”, one of the most popular shows of the late 80s and has seen a huge jump in TRP after a long. Now, this trend will motivate OTT platforms also to develop more content on such lines to attract viewers especially the older one.

Other content provider platforms which generally play user-generated content like generated YouTube and Tiktok are also expected to increase its subscriber base as the amount of content on these platforms have also seen a huge jump in last few weeks. This kind of change in habits of consumers for their entertainment will definitely lead to an increase in demand for smart TVs, high-end music system and Bluetooth speakers once lockdown is lifted.

It can be concluded that circumstances impact the change in habits and behaviour and it’s a natural process. Every change brings a new opportunity for someone and closes the world for someone else. It is up to brands and marketers now to see how they can partner with consumers in this difficult time and serve them to their utmost satisfaction.