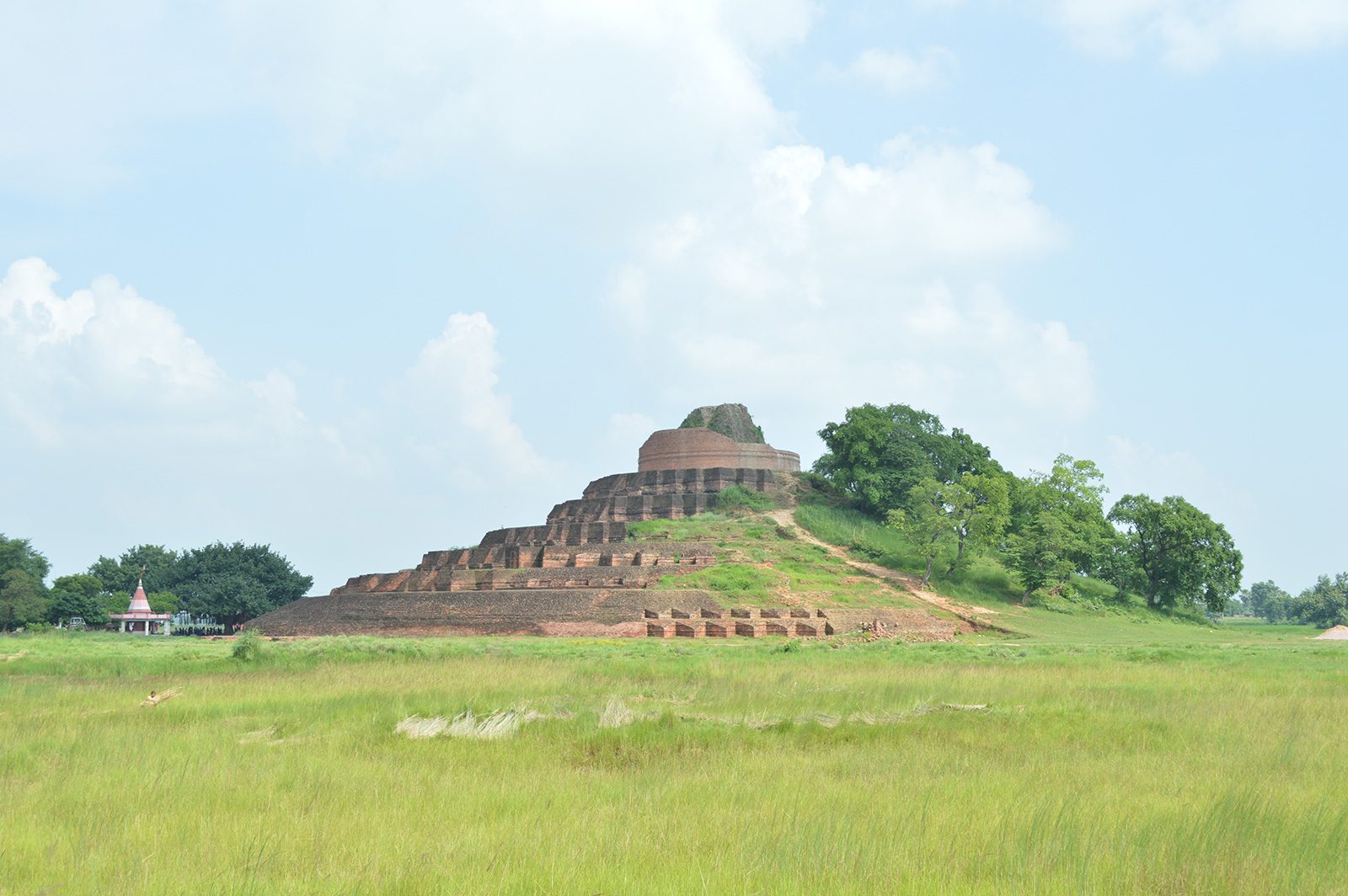 Gandhi’s beloved Champaran, has a history which is even grander than its contribution in India’s freedom struggle. It was part of ancient Tirhut, known to be the land of Raja Janak, more prominently known as father of Sita. It was this place, where Gautam Buddha rested for a night, during his final journey from Vaishali to Kushinagar. Here, he informed his disciples of attaining ‘Nirvana’, considered as the highest of enlightenment for a soul. It was here that Mahatma Gandhi launched his Civil Disobedience Movement in 1917, that gained momentum across the country, and ultimately paved way for India’s independence. The land of Gautam Buddha and Mahatma Gandhi, reverberates in its simplicity and truth.

In 637, Hiuen Tsang set out from Lumbini to Kusinagara, the site of Buddha’s death, before heading southwest to the deer park at Sarnath where Buddha gave his first sermon, and where Hiuen Tsang found 1,500 resident monks. Traveling eastward, at first via Varanasi, Hiuen Tsang reached Vaishali, Pataliputra (now Patna) and Bodh Gaya. He was then accompanied by local monks to Nalanda, the grand old university of India, where he spent at least two years. He was in the company of several thousand scholar-monks, whom he praised. Hiuen Tsang studied logic, grammar, Sanskrit, and the Yogacara school of Buddhism during his stay at Nalanda. In 646, Hiuen Tsang revealed a book “Journey to India in the Great Tang Dynasty”, which has become a credible and fine incription, for the study of ancient history of India. This book was translated in English by Thomas Watters of London, and published in 1905. Hiuen Tsang mentioned a Chakravarti Raja of the seventh century, in his book. This king has been identified as Raja Ben. Tsang mentioned that 30 miles due north-west of Vaishali, in an ancient city, Lord Buddha had announced that in a previous life he was the Boddhisatva and had ruled that kingdom as a Chakravarti Raja. This ancient city was most certainly Kesariya. It is irrefutable that Lord Buddha had come to Keasriya during his final journey from Vaishali to Kushinagar. The stupa at Deora confirms this event, since stupas were built only at those places that were of great significance in the life of Lord Buddha.

The old town of Keasriya lies to the east of the Gandak River, 42 to 48 kilometres to the northwest of Besarh or Vaishali. It therefore corresponds exactly with the position of Hiuen Tsang’s ancient town, where the Licchavis of Vaishali took leave of Buddha.

It is believed that after his visit with Amrapali, Lord Buddha continued with his journey towards Kushinagar (mentioned as Kusinara in Buddhist texts). He travelled along the eastern banks of the river Gandak (also called Narayani, which marks the western border of Champaran). A band of his devoted Licchavis accompanied Lord Buddha in this journey. At a spot known as Kesariya, in the East Champaran district, Lord Buddha took rest from his long journey for a night. It was here that he chose to announce to his disciples the news of his impending niravana (meaning final goal of leaving the cycle of world for heaven); and implored them to return to Vaishali. The wildly lamenting Licchavis could not understand his message. They just refused to leave their saint. This was when, Lord Buddha, forced them to leave by creating a 3,000 feet wide stream between them and himself. As a momento, he gave them his alms-bowl. The Licchavis, most reluctantly and expressing their sorrow wildly, decided to leave in vain and built a stupa there to mark the event and show their respect. The sacred alms-bowl was placed in the Stupa, built by them. The reason for Lord Buddha chosing Kesariya to announce his impending nirvana, as he told his disciple Anand, was that he knew he had ruled Kesariya kingdom in a previous life, as Chakravarti Raja Ben. Buddha told Anand, that “for a Chakravarti Raja they build a thupo at a spot where four principal roads meet.” This description fits precisely with the location of Kesariya, where two high roads cross, the one leading Saran to Champaran, and the other from Patna or Pataliputra to Bettiah and Nepal.

The first explorer of the Kesariya Stupa was Colonel Mackenzie, of British East India Company, in 1814. He excavated a gallery from the east of the center of the great mound. In 1835, Hodgson published a sketch of the stupa without any comment or illustration. General Cunningham conducted the first systematic excavation of the Kesariya mound in 1861-62. In his observations he states that the stupa was in the shape of a lofty brick mound capped by a solid brick tower. It was 62 feet high and 1400 feet in circumference at the base. The top of the mound was covered with solid bricks and its exterior was entirely in ruins, measuring 68 feet 7 inches high. The remains of the dome was only 12 feet 10 inches high. According to General Cunningham, the total height of the stupa above the mound must have been atleast 80 feet including the missing portion of the dome and its pinnacle. The total height of the stupa in its original state would have been about 150 feet above the level of the surrounding vicinity.

The Archaeological Survey of India, Patna started the excavation work of the stupa from 1998, in the guidance of archaeologist KK Muhammed. In the report of ASI, it is stated that “the structure found after excavation is a terraced circular Buddhist stupa of bricks laid in a very thin layer of mud, mortar and capped by a large cylindrical drum of solid brick work. The circular base measures about 123 meters in diameter and 386 in circumference. It rises up in six terraces. Each terrace upto the third rise contains rows of three cells at a regular interval with polygonal pattern adopted to fill up the gap between the groups of cells. On the fourth rise, smaller cells flank the central cell in the group of three. And on the fifth rise the number of cells is reduced to one instead of three because of paucity of space on the reduced perimeter. Possibly all the cells once contained stucco images of Buddha, but the evidences are now available in few cells only, owing to the fragile nature of material used in their composition and their continuous exposure to the weathering agents”. The excavations have revealed life size images of Buddha found within the cells of the stupa. At present all the excavated images are damaged. They represent different postures of Buddha, the most common being Buddha in padmasana, seated over a cushion. He is also shown seated in Bhumisparsa mudra, in which only his right hands are intact in the image.

Kesariya –In the footsteps of Buddha

The basic belief of Buddha’s preachings is how to live a happy and peaceful life. Buddhism is not about learning beliefs from faraway lands but about looking within and thinking about one’s own life. It teaches us to understand our own conscience and cope with our problems with our abilities. An old story explains his teachings in a simple manner. A very old king visited an old sage and asked, “What is the most important Buddhist teaching?” The sage replied, “Do no evil. Do only good. Purify the heart.” The king had expected a long sermon. He was very disappointed and said, “But even a small child can understand that.” The wise sage replied, “Yes, but even an eighty year old man cannot do it”.

Buddha chose the symbol of ‘Wheel’ with eight spokes to represent the ‘Noble Eightfold Path’. The Eightfold Path consists of eight practices: right view, right resolve, right speech, right conduct, right livelihood, right effort, right mindfulness, and right samadhi(Meditation). The Buddha’s preachings move like a great wheel that never stops, leading to the central point of the wheel, the only point which is fixed, Nirvana. The eight spokes on the wheel represent the eight parts of the Noble Eightfold Path. Just as every spoke is needed for the wheel to keep turning, we need to follow each and every step of the path to completion. This was termed as ‘Dharm-Chakra’.

Let us all try to walk on the path of this great saint who lived this earth around 566BC. Along these paths religious people have done pilgrimages across almost 1500 years. The circuit covering Lumbini, Bodhgaya, Sarnath, Rajgir, Nalanda, and Kushinagar is the one Buddha himself exhorted his followers to visit. These are the great places of pilgrimage for all. Along the way one can also witness places where stupas have been made, Vaishali and Kesariya being proominent ones. The actions of Buddha in each of these places are described within the scriptures of various traditions of his teaching, such as the sections on Vinaya, and also in various compilations describing his life. These sites have now been identified once again with the help of records left by three pilgrims of the past -Emperor Ashoka the Great and Chinese pilgrims Fa Hien & Hiuen Tsang. Hiuen Tsang was the best historian of Buddhist pilgrims and one of the most distinguished. The Buddhist sources preserve many glimpses of these pilgrims. Several traces have been recorded in different sources. These were the bodily relics that were permanently embedded in the monuments known as stupas. Non-bodily relics like Buddhas begging bowl, his staff, water pot and fragments of his robe also form part of the traces. It is believed that at Kesariya, Buddha gave his alms bowl to the Licchavi’s of Vaishali and asked them to leave, while he set out for his final journey to nirvana.

Archeological Survey of India is developing the Kesariya site for preservation and building a tourism circuit, for which, 23 acres of land has already been acquired. The tourism circuit will bring more and more pilgrims and travellers to this otherwise unknown part of India, which has the potential of exploring rich history of the region. The local people also look forward to play their part in this heritage of India.