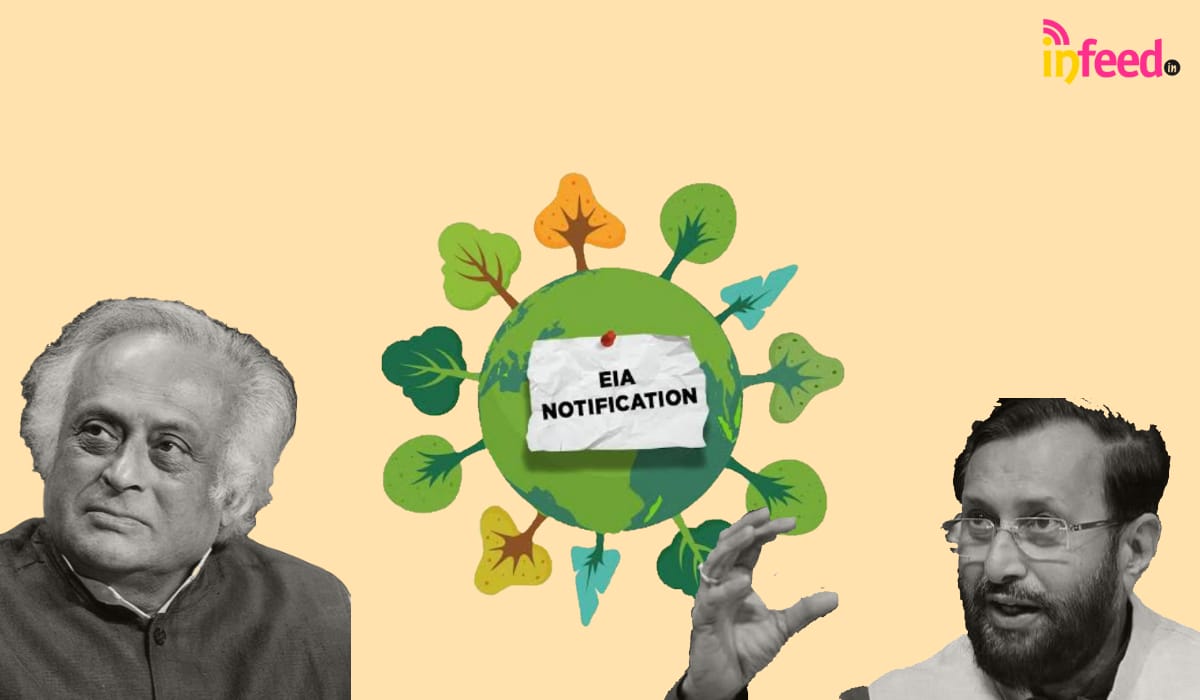 Senior Congress leader Jairam Ramesh has raised strong objections to the draft Environmental Impact Assessment (EIA), Notification, 2020. In a letter to Prakash Javadekar, Minister of Environment, Forest and Climate Change, he said, now those companies or industries will also be able to get approval for their proposed projects which have been violating the environmental regulations earlier. He said that it is illegal and against the principles of mass participation and assessment before environmental clearance.

Jairam Ramesh, Chairman of the Parliamentary Standing Committee on Environment and Forests, Climate Change and Sci-Tech Affairs, said that the Act reduces public participation step by step in approving big projects. It also distances them from assessment of environmental impacts. Ramesh has also alleged that by granting a large number of environmental clearances, land will be secured for a longer period for projects. Even when there will be no construction there. This will increase land occupation, not development.

Another Coffin for Cooperative Federalism

In the letter, Jairam Ramesh has also alleged that these changes in the EIA notification are not based on audit, assessment and analysis and no research has been done at all. It will also give the Center full power to appoint state environmental impact assessment agencies. This would prove to be another coffin for cooperative federalism.

At the same time, Prakash Javadekar has termed senior Congress leader Jairam Ramesh’s objections regarding the proposed change in the EIA notification draft. Javadekar said, all your suggestions are baseless and based on misinterpretation. There is still 15 days left for suggestions and comments of the public on the proposal for amendment of the EIA Act. He said, I will give a detailed reply to your letter later.