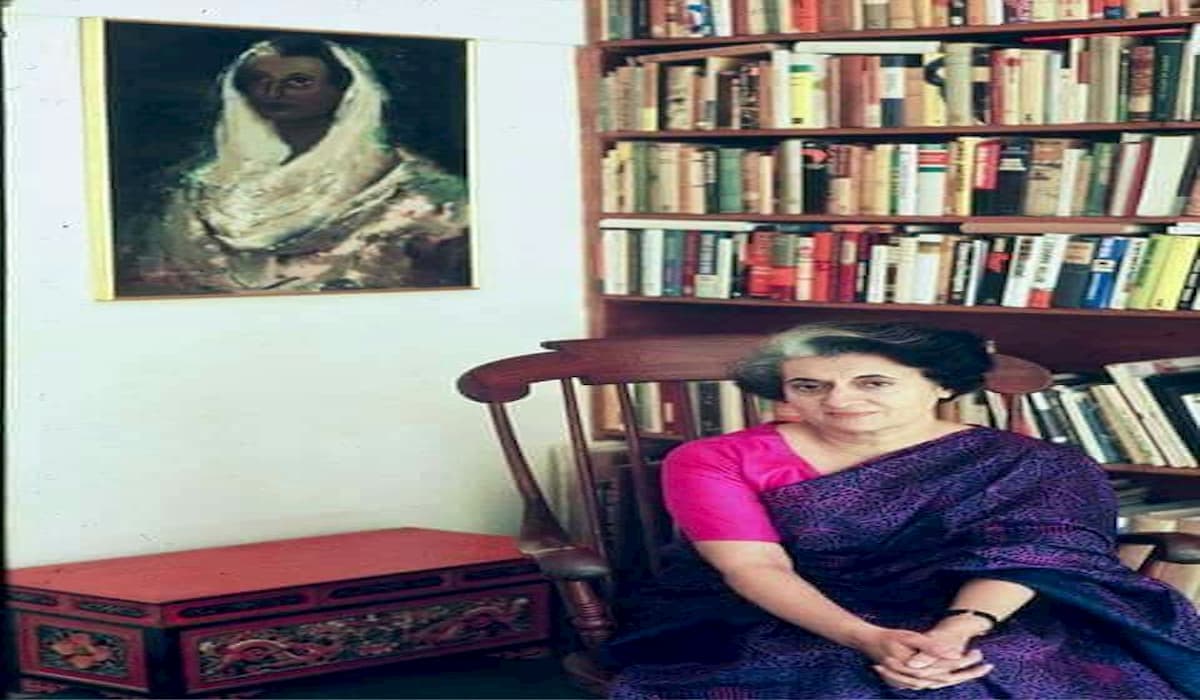 I have never felt less like dying and that calm and peace of mind is what prompts me to write what is in the nature of a will.

If I die a violent death as some fear and a few are plotting, I know the violence will be in the thought and the action of the assassin, not in my dying – for no hate is dark enough to overshadow the extent of my love for my people and my country;no force is strong enough to divert me from my purpose and my endeavour to take this country forward.

A poet has written of his ‘love’ – “how can I feel humble with the wealth of you beside me !” I can say the same of India.I cannot understand how anyone can be an Indian and not be proud – the richness and infinite variety of our composite heritage ,the magnificence of the people’s spirit,equal to any burden or disaster,firm in their faith,gay sponteaneously even in poverty and hardship.

( Found amongst the papers of Indira Gandhi after her death.The note , which is in on her own hand , does not carry a date )

On the morning of Wednesday , October 31st, 1984 at 9:20 am , Indian Prime Minister Indhira Gandhi  walked  out of her house at 1, Safdarjung Road, towards her office next door at 1, Akbar Road. Peter Alexander Ustinov, the famous British actor, writer and filmmaker, was waiting with his Camera man Rory O’Farrell for a meeting with Indira Gandhi scheduled for 9:30 a.m.She had to shoot for English documentary maker Peter Alexander Ustinov, who was with her the previous day in Bhubaneswar. The first official appointment on October 31 had been made in the name of Peter Ustinov for his upcoming television series about world leaders.

Ustinov said a hedge separated him from Gandhi as she approached for a scheduled interview Wednesday when he heard three pops that Indians told him were probably firecrackers. It sounded like ‘nothing more lethal than a popgun,’ he said.

‘It was all very silent’ after the first gunfire, Ustinov said in interviews with U.S. television networks.

Ustinov said the assassination ‘was all over in a very, very short time. It seemed quite unreal in a very beautiful garden especially when you’ve seen the film of Mohandas Karam Chandh Gandhi in which he also met his end surrounded by trees and flowers and lawns.

The day before her death (30 October 1984), Gandhi visited Odisha where she gave her last speech at Parade Ground in front of the Secretariat of Odisha.  Indira Gandhi spoke about the possibility of an attack to her life which had turned prophetic.

“I am here today , I may not be here tomorrow . But the responsibility to look after national interest is on the shoulder of every citizen of India. I have often mentioned this earlier. Nobody knows how many attempts have been made to shoot me; lathis have been used to beat me. In Bhubaneswar itself, a brickbat hit me. They have attacked me in every possible manner. I do not care whether I live or die. I have lived a long life and I am proud that I spend the whole of my life in the service of my people. I am only proud of this and nothing else. I shall continue to serve until my last breath and when I die, I can say, that every drop of my blood will invigorate India and strengthen it”.

Indira Gandhi returned to Delhi on the night of October 30. She could not really sleep at night on that busy day . Sonia Gandhi has written in her book Rajiv  that Indira Gandhi was awake till 4 the next morning when she got up looking for her .

Indira Gandhi, the world’s most powerful woman leader, and She is the longest-serving Indian Prime Minister after her father Jawaharlal Nehrru..

The legacy of Indira Gandhi is an unforgettable one and Indira Gandhi will forever be remembered as a powerful and capable leader who brought a source of strength to indian national congress .

Fifty years ago, Indira Gandhi’s nationalization of 14 banks, which accounted for 85 per cent of the country’s investment, was hailed as a move to strengthen the country’s socio – economic sector.The projects introduced by Indira Gandhi for the eradication of poverty and the Green Revolution implemented for the self-sufficiency of the country gave her the status of a heroine of the country.

History marked another moment of their glory when Pakistan split its wings in the 1971 war and aided the emergence of Bangladesh.

Following the Indo-Pak war of 1971,Even political opponents like Vajpayee had referred to Indira Gandhi as “Durga.”

As a dynamic and deeply committed personality Indira Gandhi was not only a great leader committed to the country and it’s people, But Indira as a child, obedient daughter, responsible mother as a strong-willed personality, a true secular believer, a humanitarian who sympathized with the people, as a world leader who led the non-aligned movement and as the beloved sister of the Arab world.She was literally multifaceted personality.

Indira Gandhi visited UAE in 1981 and Saudi Arabia in 1982 and enjoyed strong bonds of  friendships with the Arab world.

Indira Gandhi is still alive in the minds and hearts of  her admirers.Indira Gandhi gave her life for this country and in death as a martyr she achieved immortality..