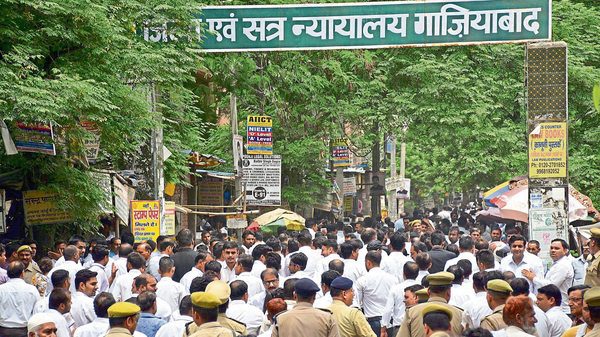 It is often said that in court cases in India, the process itself is the punishment. However, how torturous and long-drawn this process can be varies dramatically across the courts of the country, a Mint analysis of district-wise court data suggests.

The analysis shows that Bihar, Uttar Pradesh (UP) and Odisha account for the bulk of highly-stressed courts in the country. Of the 50 most stressed districts, 45 lie in these three states. Courts in the north-western parts of the country appear to be least stressed.

The analysis is based on a Judicial Stress Index (JSI), which captures the pendency rate, court infrastructure deficit, and population-adjusted case-load across districts.

The JSI is a normalized equally-weighted index of the three variables, with values closer to 0 indicating lower stress and those closer to 1 indicating higher stress. This analysis considers 544 district courts for which consistent data across the three categories is available.

The most stressed court in India is the Angul district court in Odisha with a score of 0.72, followed by the district courts of Lakhisarai (0.61) and Vaishali (0.60) in Bihar.

These districts are not isolated, the stress is endemic to the regions they are in.