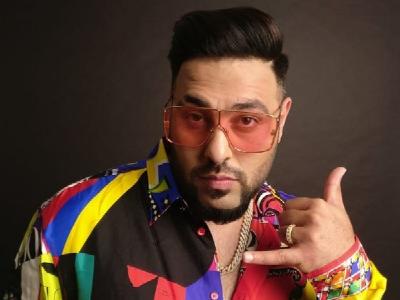 Within 24 hours of posting his video Paagal to YouTube, Indian rapper Badshah broke a record even Taylor Swift couldn’t touch. The clip, a dancehall romp, was seen 75 million times in one day, eclipsing a mark set by Korean boy band BTS in April.

But then a funny thing happened: YouTube declined to credit the Sony Music artist. Since introducing a new way to premiere videos last year, the Google-owned site has trumpeted the setting of every new record, from Ariana Grande’s Thank u Next to Blackpink’s Kill This Love, culminating in BTS’s Boy With Luv. It even said Swift’s ME! set a record for “most-viewed female solo debut.” But Badshah’s feat elicited no response from the world’s most popular online video hub.

Rival executives in the Indian music industry began whispering Paagal had benefited from server farms and bots—two tools grouped under “fake views.” But in subsequent days, a different explanation emerged: Badshah and his representatives had purchased advertisements from Google and YouTube that embedded the video or directed fans to it in some other way.

The incident has led to scrutiny of what many in the music industry say is a common practice—buying tens of millions of views. When releasing a new single, major record labels will buy an advertisement on YouTube that places their music video in between other clips. If viewers watch the ad for more than few seconds, YouTube counts that as a view, boosting the overall total. Blackpink and Swift, among others, have done it. Badshah just took it a step further, people familiar with the matter say.

The practice creates doubts about the real popularity of these clips and reveals some of the murky ways in which artists and their labels promote their music—especially in emerging markets. YouTube, a subsidiary of Alphabet Inc.’s Google, is now reevaluating the way it judges records, according to two people familiar with the company’s thinking.

Badshah suggested the exclusion was a double standard at YouTube, which was happy to trumpet records from global superstars like Swift and Grande but paused when an Indian rapper unknown in the West employed the same strategy to reach the top.

“We worked hard for this, promoted it worldwide,” Badshah said on Instagram. “I don’t want people abroad to see India like it’s shown in a film like Slumdog Millionaire. We are at par with the world. And it’s our time to shine.” Badshah, whose real name is Aditya Singh, has released dozens of singles over the past few years, including many hits from Bollywood movies, and was ranked by Forbes as one of the 100 wealthiest Indian celebrities.

India is a huge priority for YouTube, which is relying on emerging countries for most of its growth. India is both YouTube’s largest market—some 265 million Indians visit YouTube every month—and home to its most popular channel. T-Series, India’s largest record label, operates the only channel with more than 100 million subscribers.

Dubious view counts are nothing new for Google, which has refunded companies for ads that ran on sites with fake traffic. The problem has been particularly thorny in India, where music companies employ bots and server farms to boost the number of views for a video. Views from a computer or bot are considered illegitimate since no human is actually watching the video.