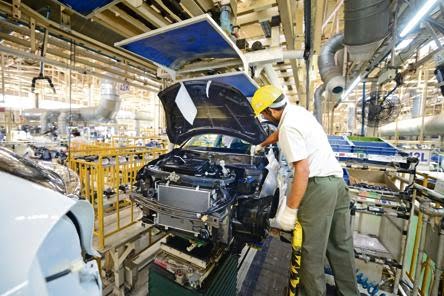 Sales of cars and SUVs in India declined for a 10th month in August, as the worst slump in almost two decades for the country’s auto sector shows no sign of letting up.

Deliveries fell 41% from a year earlier to 115,957 units, according to data released by the Society of Indian Automobile Manufacturers (SIAM) on Monday. Truck and bus sales dropped 39%. Two-wheeler sales — a key indicator of demand in rural India — fell 22% to 1.5 million units.

The automobile sector is a key part of Asia’s third-largest economy, employing millions of people directly or indirectly and contributing more than 7% to the nation’s gross domestic product, according to McKinsey & Co. Slowing income growth for farmers in rural India has contributed to a fall in sales.

Companies from Suzuki Motor Corp.’s local unit to Mahindra & Mahindra Ltd. have cut production and laid off workers to cope with the slowdown. Prime Minister Narendra Modi’s administration has lifted a ban on new vehicle purchases by state-run departments and offered other concessions. Transport Minister Nitin Gadkari last week said he’ll convey a demand for a lower levy on petrol and diesel vehicles to the finance minister.