How Kashmir Acceded to India

How Kashmir Acceded to India 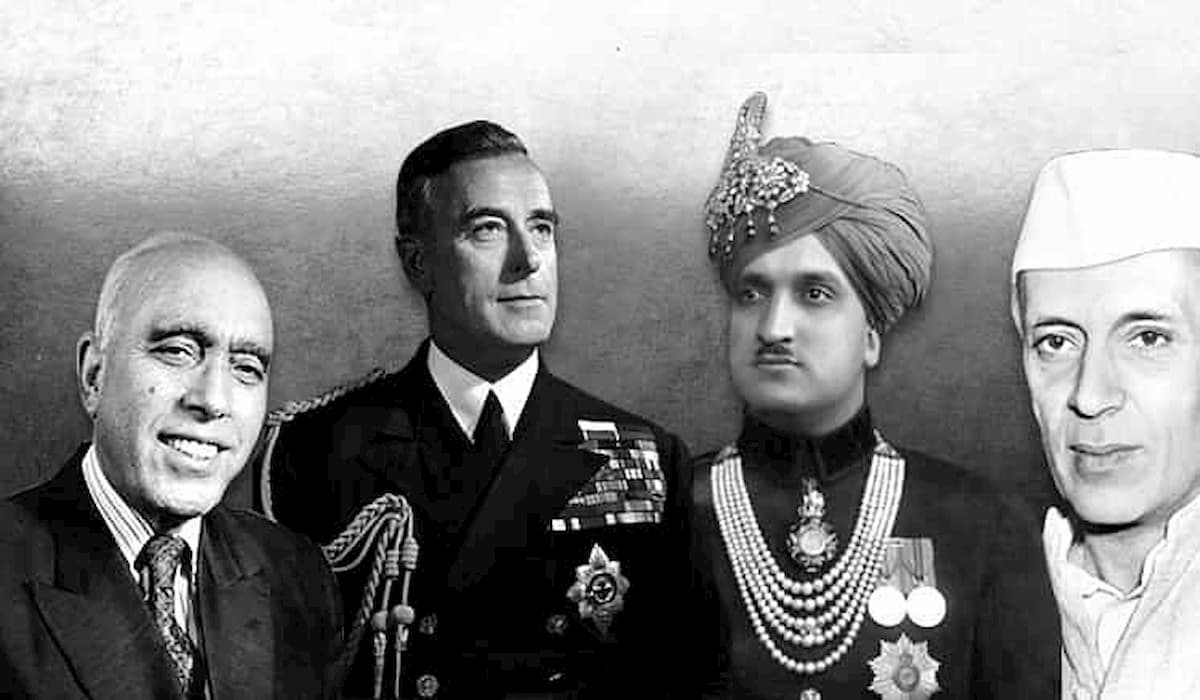 The first challenge that independent India faced was the Indo-Pak War of 1947. It was the first ever war fought in the world over the annexation of Kashmir. When India was about to become independent, all the princely states of the subcontinent were asked to accede to either India or Pakistan. However, there was one unique case, the case of the Princely State of Jammu & Kashmir which was being ruled by Maharaja Hari Singh at the time.

They decided that neither will they accede to India nor will they accede to Pakistan. They actually wanted to forge a sovereign state of their own. Nonetheless, the masses were conflicted. The Western districts were predominantly in favour of acceding to Pakistan while the districts in the East coinciding with the Ladakh Plateau and Jammu were in favour of acceding to India. Nonetheless, the most popular political organization in J&K at the time, the National Conference under the leadership of Sheikh Abdulla, favoured India as they took a secular stand. The fate of J&K was rather uncertain until Oct 22, 1947. Armed troops of tribal militias backed by the Pakistani establishment crossed the border and started advancing towards the city of Srinagar. The Western districts readily yielded making the Maharaja lose his entire control over West Kashmir. The window of opportunity arose when the militias, instead of continuing to advance as per stipulated schedule, started plundering the Western districts after capturing them. They looted, raided and committed all forms of heinous crimes against the residents. The delay enabled Maharaja Hari Singh to make an appeal to India for military support. The then Prime Minister of India, Jawaharlal Nehru, agreed, but he put forth two conditions. Firstly, the support shall only be provided after J&K signed the Instrument of Accession, thereby acceding to India. Secondly, the accession can’t be deemed legitimate until and unless it was supported by the citizens of J&K and the support of the citizens shall be represented by the Leader of the National Conference, Sheikh Abdulla. After multiple rounds of intense negotiation, the Maharaja had to agree on both. The Instrument of Accession was signed. Sheikh Abdulla was released from detention with immediate effect and allowed to work in the state administration. Military protection was finally granted to J&K upon the approval of the Nehru Regime. But, as expected, the Pakistani Government refused to acknowledge the validity of the accession and decided to continue the use of force for establishing dominion. That’s how the first ever Indo-Pak War came to be. The war went on for one year, two months and two weeks. Mother India lost 1,104 of its bravest and most selfless fighters. 3,154 were injured. Losses on the Pakistani side totalled at approximately a whopping 6000 with 14000 injured. The conflict took a particularly dark turn when the Pakistan-backed tribal militias captured the territory of Mirpur on Nov 25, 1947. The women of Mirpur were captured and trafficked to the city of Rawalpindi to be sold off as sex slaves in brothels. About 400 women ended up committing suicide to avoid captivity that day. Today, we call it the ‘Mirpur Massacre of 1947’. Another exceptional incident observed in the war was of Col. Sher Thapa. He was stationed in the region of Skardu. They were relentlessly attacked by the Pakistani militants, but Col. Thapa held his ground, leading a mere 250 soldiers under his command for six whole months with no reinforcements. He ultimately had to yield after almost a year-long ruthless tussle. But, his valour resonates in the Indian Armed Forces to this day.

The ultimate outcome of the war was a series of heated negotiations between the two Governments. A ceasefire was agreed upon rendering India a decisive victory with two-thirds of Kashmir being proudly embraced into its federal union. The remaining one-third was given to Pakistan. To this day, Pakistan refers to that one-third as ‘Azad Kashmir’ to propagate a false sense of pride in the form of a consolation prize. However, the world continues to refer to it as Pakistan-occupied Kashmir, refusing to acknowledge its legitimacy. India’s geographical area was 29,49,353 sq Km before the war. After the war, it became 30,85,431 sq Km with an addition of 1,36,078 sq Km.