Having Trouble Sleeping? Try a Hot Bath Before Bed

Having Trouble Sleeping? Try a Hot Bath Before Bed 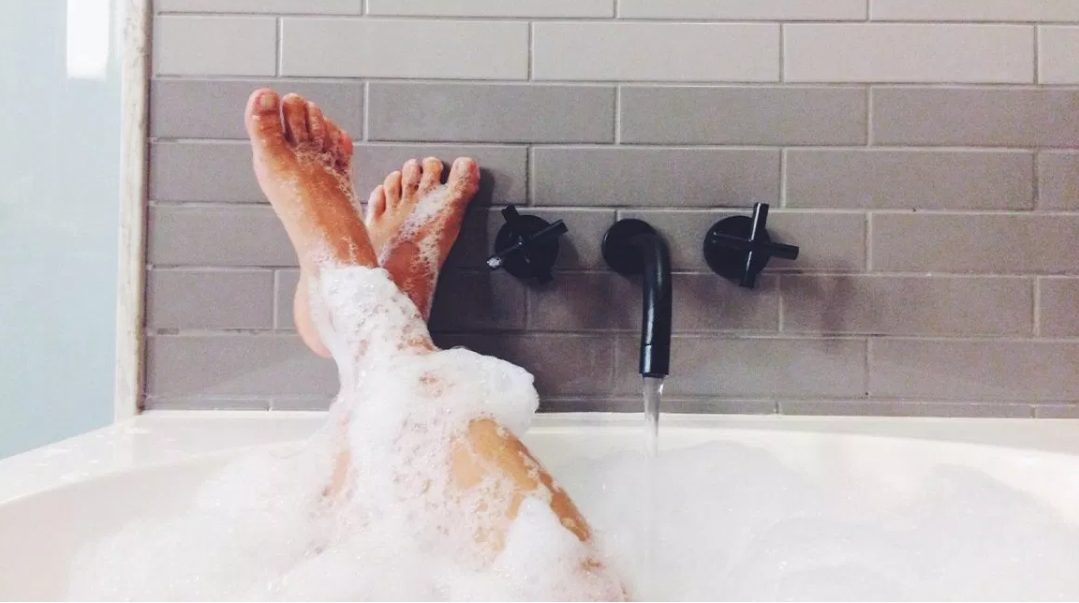 Taking a hot bath before bed could help you sleep better, especially if the water temperature and timing of the bath are just right.

A research team led by Shahab Haghayegh, a PhD candidate in the department of biomedical engineering at The University of Texas at Austin, conducted a systematic data analysis evaluating research that linked bathing, water temperature, and sleep quality. The researchers reviewed 5,322 studies and used about a dozen with solid methodologies to make their conclusions. The report was published in Sleep Medicine Reviews.

According to their results, bathing one to two hours — ideally, 90 minutes — before bed in water at 104 to 109°F (40 to 43°C) did the trick to help people get the best quality sleep. Bathing at that time and temperature can help you fall asleep an average of 10 minutes quicker than normal.

Their report explored the effects of how body heat could affect the ability to fall asleep.

The findings included information on sleep onset latency, which is how long it takes to go from full wakefulness to sleep; sleep efficiency, the amount of time spent asleep relative to the total amount of time spent in bed intended for sleep; and subjective sleep quality.

Medical research has already established that sleep and our body’s core temperature are regulated by a circadian clock. Your body is about two to three degrees higher in the late afternoon or early evening. During sleep, it is the lowest.

Around bedtime, the average person experiences a 0.5 to 1°F (about .3 to .6°C) drop in body temperature. It reaches the lowest level between the middle and later span of nighttime sleep, and starts rising as we prepare to wake up.

It may seem counterintuitive but a warm bath or shower stimulates the body’s thermoregulatory system, causing blood circulation from the internal core to the peripheral sites of the hands and feet. That can help remove body heat and get the body temperature to go down.

The basic idea of warm-water bathing at night is based on the core body temperature fall that occurs which signals the pineal gland to signal the production of melatonin. For most people that happens around 10 p.m. to 11 p.m. at night, explained Dr. Michael Breus, a clinical psychologist and both a diplomate of the American Board of Sleep Medicine and a fellow of The American Academy of Sleep Medicine.

“This can vary if someone is an early bird or a night owl, or an insomniac,” he added.

The idea of timing the bathing is that once we raise the body temperature over 100°F (38°C), it has to fall. That mimics the natural decrease.

Breus noted that putting the body in cold water can cause the body temperature to drop lower, so it can go into a fight-or-flight response and be alerting.

When you take that perfectly timed hot shower or bath in the evening, make sure you soak it up for 10 minutes — the optimal time, Haghayegh said.

Baths have a different effect on the body than showers, Breus said.

“First it changes your body temp more quickly, since it is a stimulus that surrounds the body,” he said. Using bubble bath forms a layer of insulation around the body, keeping it warmer longer. And because you are lying down, your body can relax in a different way,” he noted.

Dr. Andrew Varga, a sleep medicine doctor at The Mount Sinai Integrative Sleep Center, said people who bathe in the mornings and have sleep issues, particularly with getting to sleep, may find that an evening shower or bath may be helpful, Varga noted.

“It seems like a pretty reasonable and low-risk intervention that [does] seem to have some data supporting it,” Varga said. Other than that, the gold standard for treating sleep-onset issues is cognitive behavioral therapy.

Just don’t bathe too close to bedtime, because doing so may not allow enough time for your body to cool and may have reverse effects, said Dr. Jianghong Liu, a professor at the University of Pennsylvania School of Nursing.

Haghayegh’s team is working internally to create a new mattress system that uses University of Texas–patented Selective Thermal Stimulation technology. The mattress would have skin sensors on it to tailor the temperature so it could maintain an individual’s optimal temperature throughout the night, either on demand or automatically.