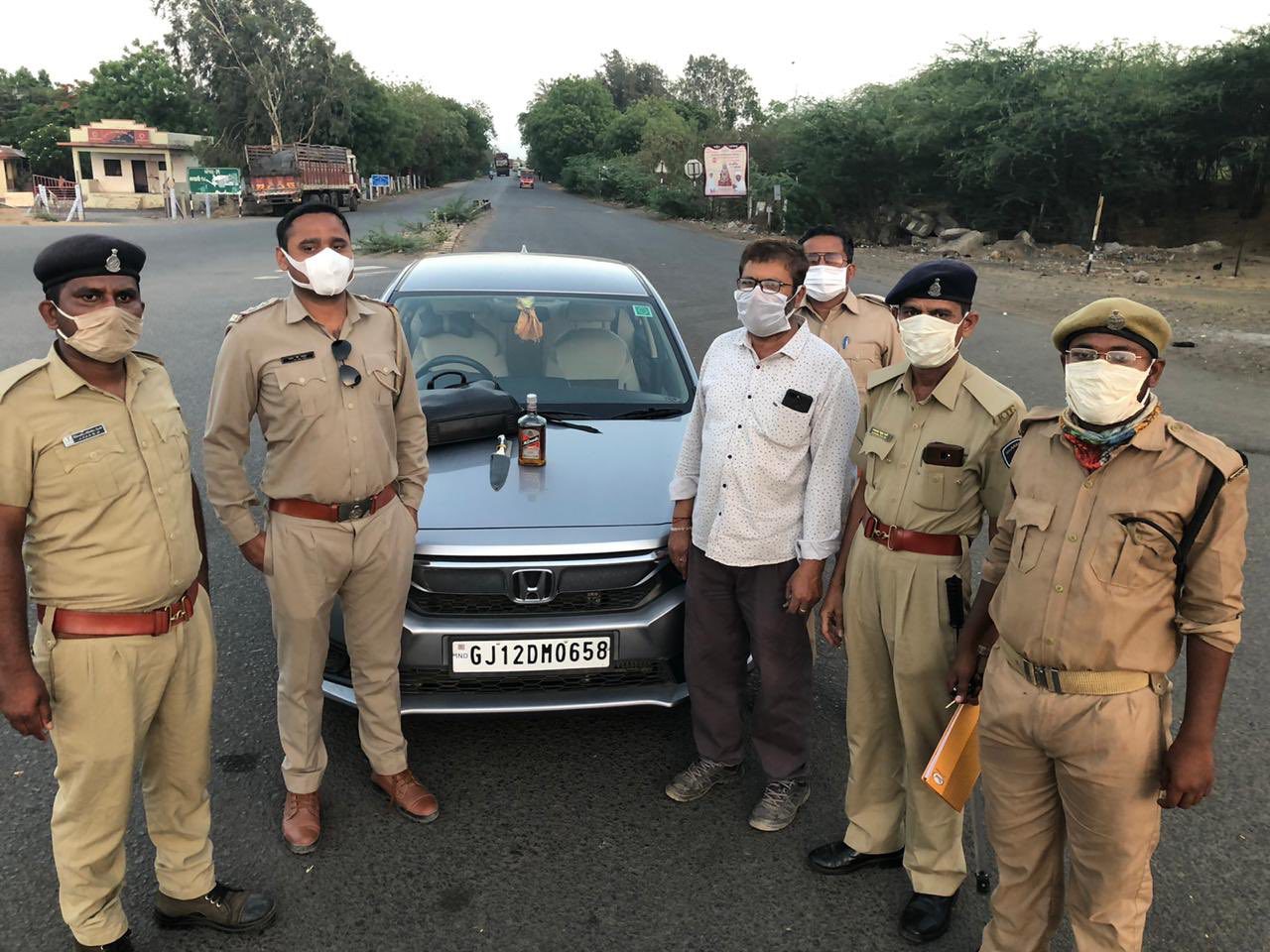 Kutch| When the entire country is at home amid lockdown, in the Gandhi’s land, which has been called as a dry state, as it has banned liquor since long, BJP leader’s brother was caught with Booze and knife by policemen while he was travelling in his car.

With the picture of him along with the policemen went viral on social media, people have started praying for the life of policemen, which indirectly calls for an attention on law and order situation in the state under BJP rule.